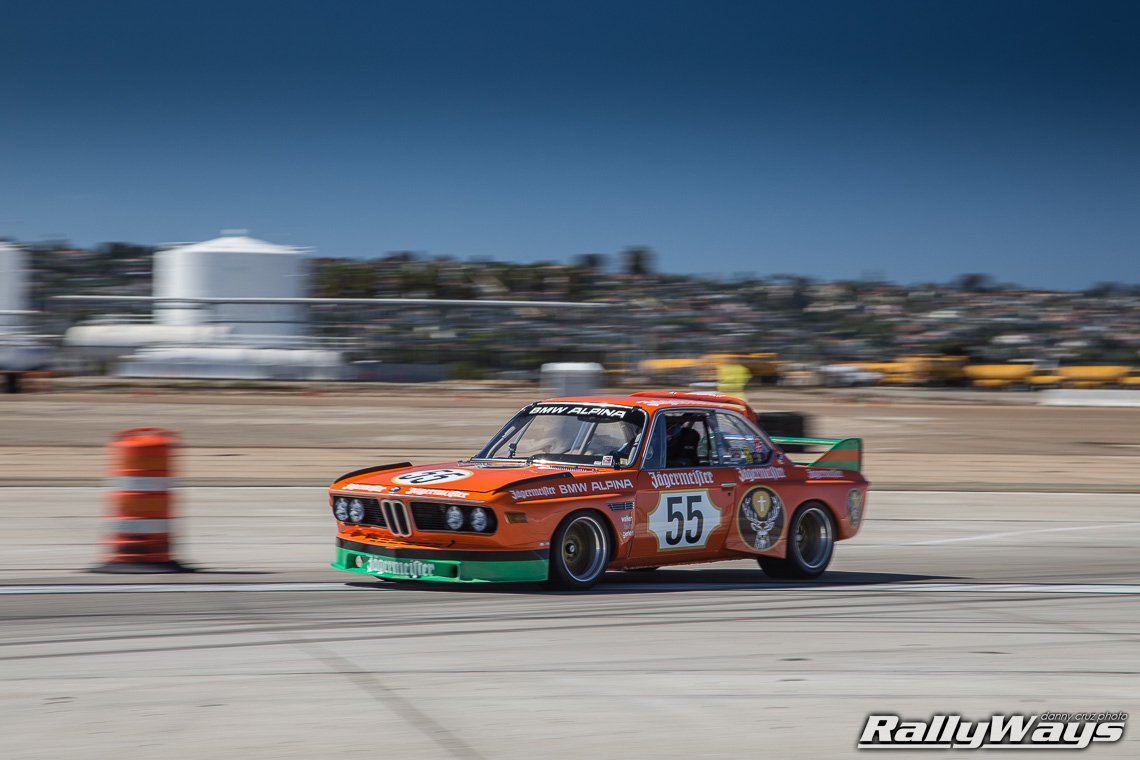 This is a photo of a gorgeous 1973 BMW 3.0 CSL racing at Coronado Speed Festival 2014. This is neither my best panning photo, nor is it the sharpest. However, maybe it’s the subject matter, but I absolutely love this picture. I’ve had some say it’s my best photo yet… But like I said, I think it’s the subject matter. If you look closely, it’s not even that sharp. Impressive however is that it was shot at 1/80 on a pretty fast section of the track from an angle that usually doesn’t product very sharp shots at slow shutter speed.

This classic BMW is the E9 platform and the 3.0 CSL was the homologation special – which was an extremely successful race car. The BMW 3.0 CSL was a car the helped etch BMW’s name in history as a sports driver’s car. It looks incredibly aggressive with its crazy aero package often referred to as Batmobile. At the same time, the car oozes classic looks – polarizing to some, true, but amazing in its own right. Like it or not, you’re going to do a double take if this thing flies by you.

This particular 3.0 CSL is a 1973 model. The 3.0 CSL was first released as a homologation model in 1972. Building the homologation special for the street allowed BMW to qualify this car for the European Touring Car Championship. The CSL basically stands for a lightweight racing version of the CS. The 1973 BMW 3.0 CSL has a number of high-profile victories under its belt. This includes a class victory at LeMans.

The main takeaway from this photo is that this was shot in 2014, 41 years after the car was built. Seeing a 3.0 CSL still wheel to wheel racing today is quite an amazing sight to behold.

If you loved this, click to see the rest of the RallyWays Automotive Photography Portfolio.