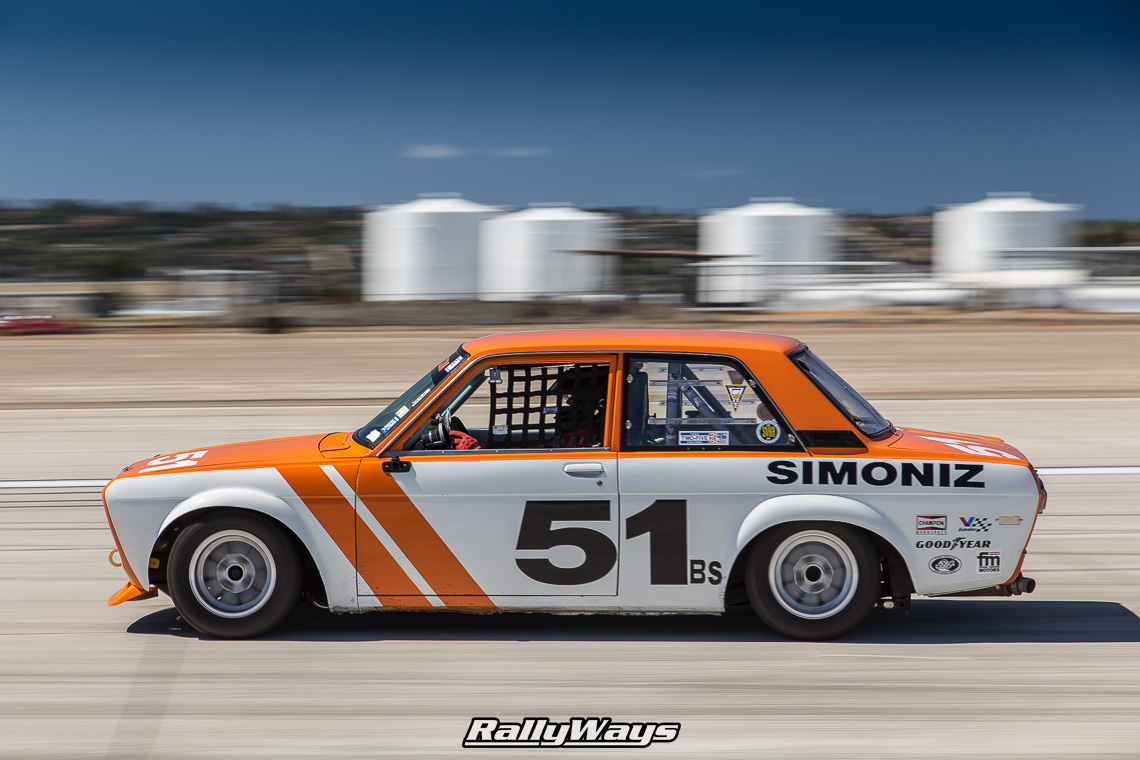 The Datsun 510 is arguably the coolest shape to come out of Datsun in the late 60’s and early 70’s with the possible exception being the classic Z cars. The 510 was also called the Datsun 1600 outside North America.

This particular generation Datsun 510 was produced between ’68 to ’73. Some rightfully compare the body lines to that of the BMW 2002. Personally, it reminds me much more of an Italian car than a German car. Think Alfa Romeo GTV, GTA and the like. The particular race car in this photo from Coronado Speed Festival runs a 1814cc engine.

Datsun 510s from this era are highly sought after. The few examples one usually finds for sale are often pretty ratty – sometimes rusted through. Reason being, those that have the good ones don’t sell them. Thanks to the rarity and high desirability of this era’s Datsun 510, seeing them in action in a race circuit is pretty awesome.