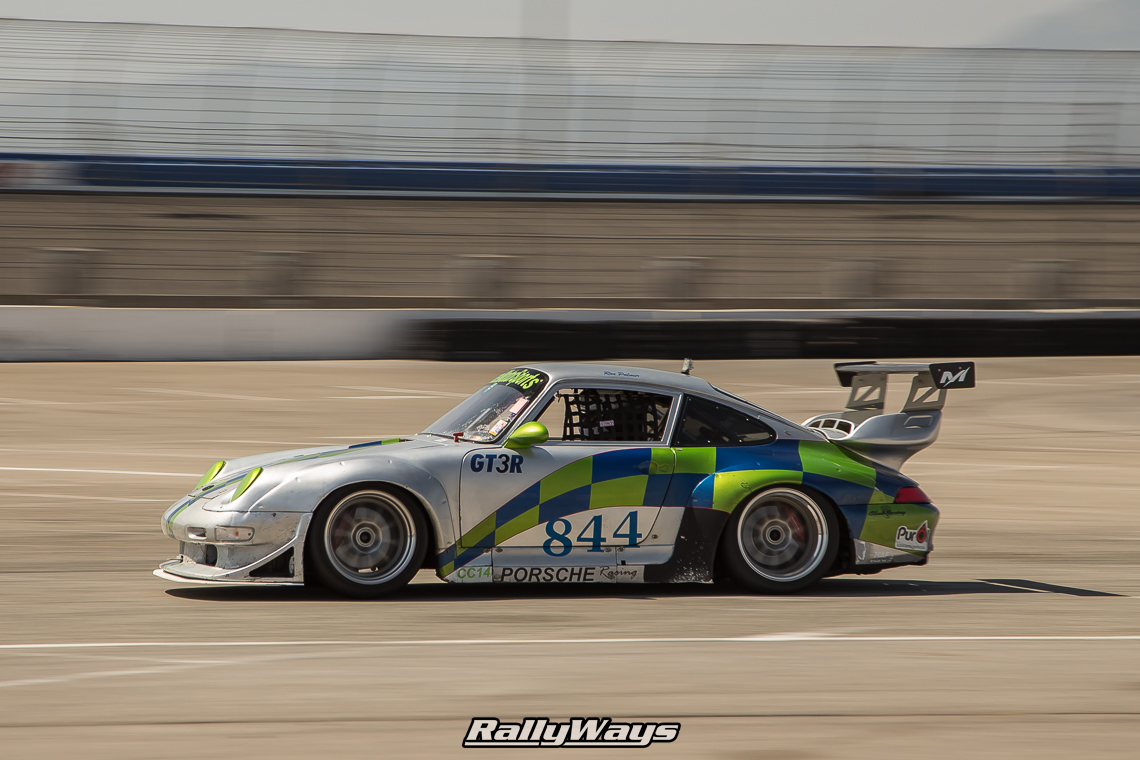 Coming out of the Christmas holidays where I took a much deserved break. Been missing shooting photos at the track, so I started going through some of last year’s unpublished photos. I then ran into this Porsche 993 race car panning photo.

Of course, I love shooting Porsches. The Porsche 993 is arguably one of the coolest of the aircooled Porsches — Even cooler as a genuine race car like this one.

I shot this Porsche 993 race car at California Festival of Speed at Auto Club Speedway in Fontana California. I’m a bit of a snob for super sharp panning photos. I have been known to discard many decent photos and never publish them because I didn’t think they were sharp enough.

Thing is, to get a perfectly sharp photo front to back at this shutter speed (1/125 – which is safe but still considered slow at this speed) the car would have to be perfectly perpendicular to the lens. That’s the reason many of the panning photos I publish are all a perfect profile. This Porsche 993 race car is just a tad bit to the right in my frame and camera angle. That’s the reason most of the side of the car is super sharp, yet it starts to soften up a bit towards the rear of the car and the wing.

I can’t deny the coolness of the car though. I love how genuine it looks. It’s not a garage queen, a show car or collector’s piece. It’s a full on Porsche 911 race car and it shows. Look at the signature Porsche race car patina in front of the wide rear fenders. Plus, bolt-on fenders on a Porsche never looked so cool.

There is plenty more where this came from — Not a whole lot of Porsche 993 race cars as it’s actually kind of rare to see these at the track as compared to less expensive 996s or more easily replaceable 997s. Still, I have more 993s. In fact, follow the link to another RallyWays Automotive Photography Portfolio image of a racing Porsche 993.