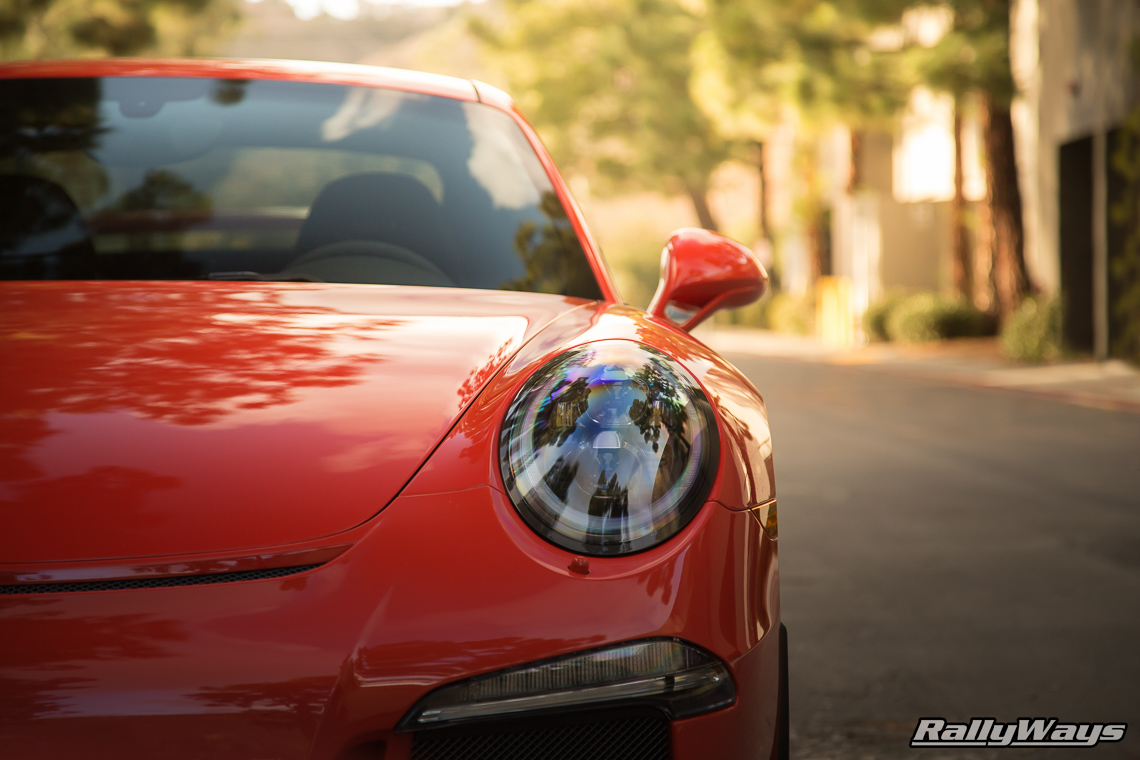 Here is a photo I absolutely love. It’s a Porsche 991 GT3 Lava Orange that I shot working for HG Motorsports. There’s a reason I keep coming back to it.

The reason is simple. I love it. That’s why the photo has spent so much time as the cover image for many of HG Motorsports’ social media channels. I even considered using this Lava Orange GT3 to promote #PorscheDay at Cars and Coffee La Jolla. By then I thought I had worn it out from so much use, so I used a similar photo of a white 991 GT3 RS instead. I still like this one a lot more.

The car is a Porsche 991 GT3 Lava Orange, owned by Dan Wierck. The GT3 was at HG Motorsports when it was brand new to get some BBI Autosport goodies such as a GT3 roll bar, Street Cup suspension and finally an Akrapovic exhaust.

I shot the photo in the afternoon, during winter (hence the softer afternoon light) and using my trusty Canon 7D with 24-105L lens and B+W Kaesemann Circular Polarizer. I stepped kind of far in front of the car and brought the car in with the lens instead of standing close to it with a wide angle. I feel this is one of the reasons the distortion is so low and the car looks true-to-life instead of squeezed into a wide angle frame.

Colors were corrected in Lightroom and the white balance warmed up a bit. Photoshop work is limited to cleaning the bumper a bit. Earlier versions of the photo show some yellow parking posts off to the right. That’s the version I used the most, so if you look it up you’ll find it. Eventually, I got fed up with seeing those bright yellow poles in the frame and I cloned them out. That’s the version you see here.

I have a feeling I’m going to love this photo for a long time. It isn’t one of those that will eventually feel dated. The juicy color of the car most definitely helps make the photo even more interesting. As far as car close-ups go, this is what I want them to look like.