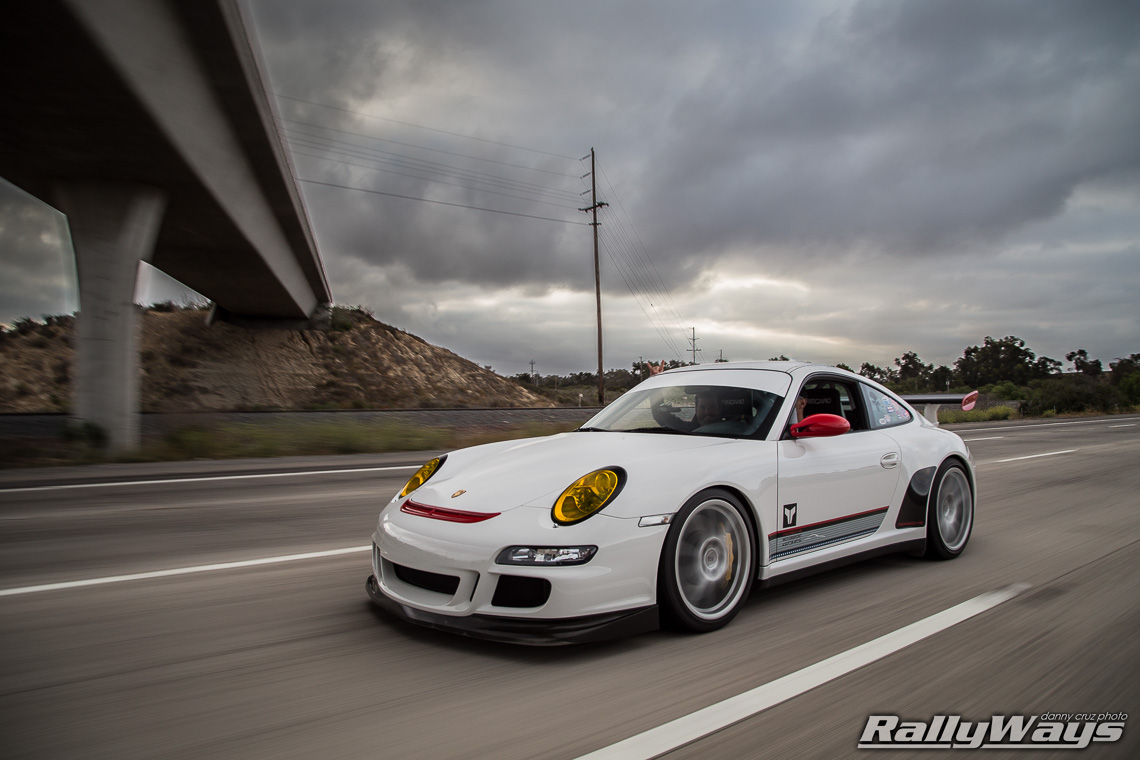 We’re big fans of the Porsche 911 here at RallyWays. Specially one as cool as this GT3 RS.

We love rolling shots here. We shot this photo using the Porsche Cayman S of our good friends, KI Studios, as a chase car. KI Studios also happened to have done the graphics for this car. This was on the way to Cars and Coffee Irvine during a rather overcast morning in SoCal.

Dramatic in white, this car is a stunner no matter where it goes. The owner loves bicycles and motorcycles as much as Porsches.