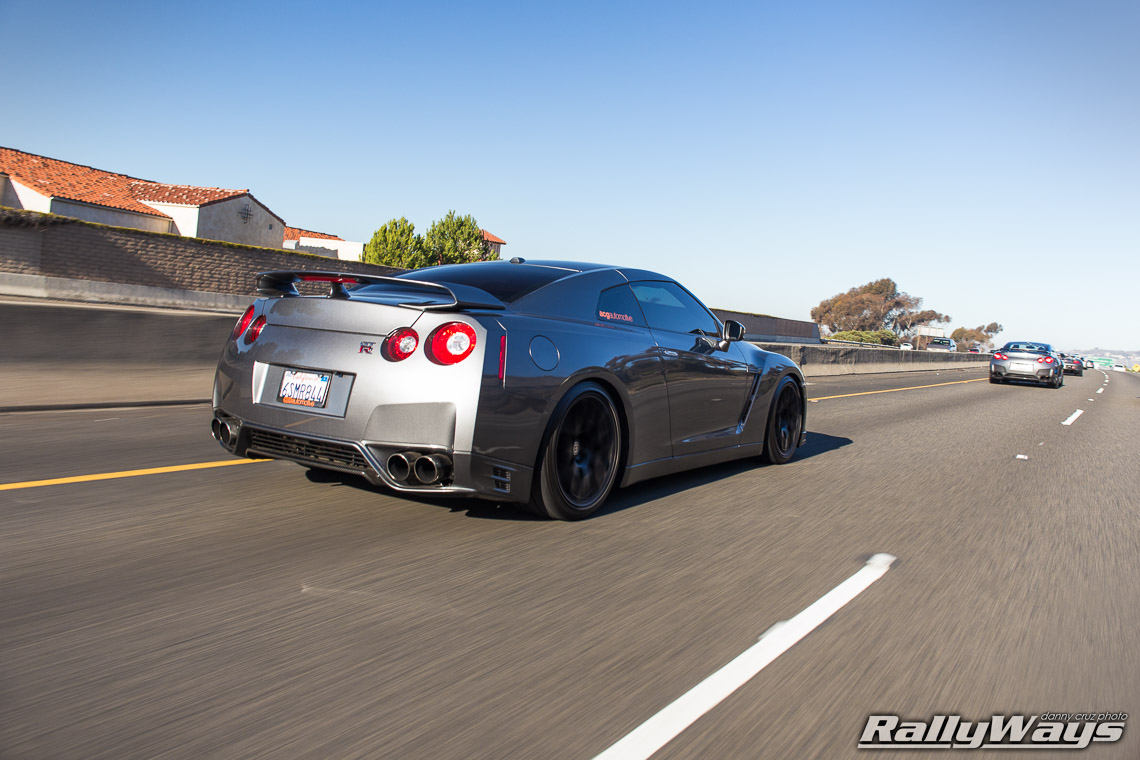 Here is a car that we’ve always felt looks better from the back. The Nissan GT-R R35. Plus, this is the view most get to see anyway. Specially, when it’s flying down the freeway like this.

Valued at a buck or two under $100,000, the Nissan GT-R R35 is also known as Godzilla. Unsurprisingly, as it’s a monster that can destroy cars worth twice as much. For the last few years, the GT-R has been the poster child of the current generation of car enthusiasts. Lauded for it’s amazing computing power and ability to keep you on the road, the Nissan GT-R is often said to defy physics.

Some love it for the car’s forward-thinking approach to motoring while still being über-cool. The rest, specially the old-school folks, dislike it claiming it’s not a true driver’s car. Regardless, the Nissan GT-R has single-handedly carved a permanent mark in the minds of all post-2000 car enthusiasts and solidified a high spot in the list of best cars for the history books.

Here we capture Godzilla in action. The way it should be. This is a car that does not like to be hard-parked.