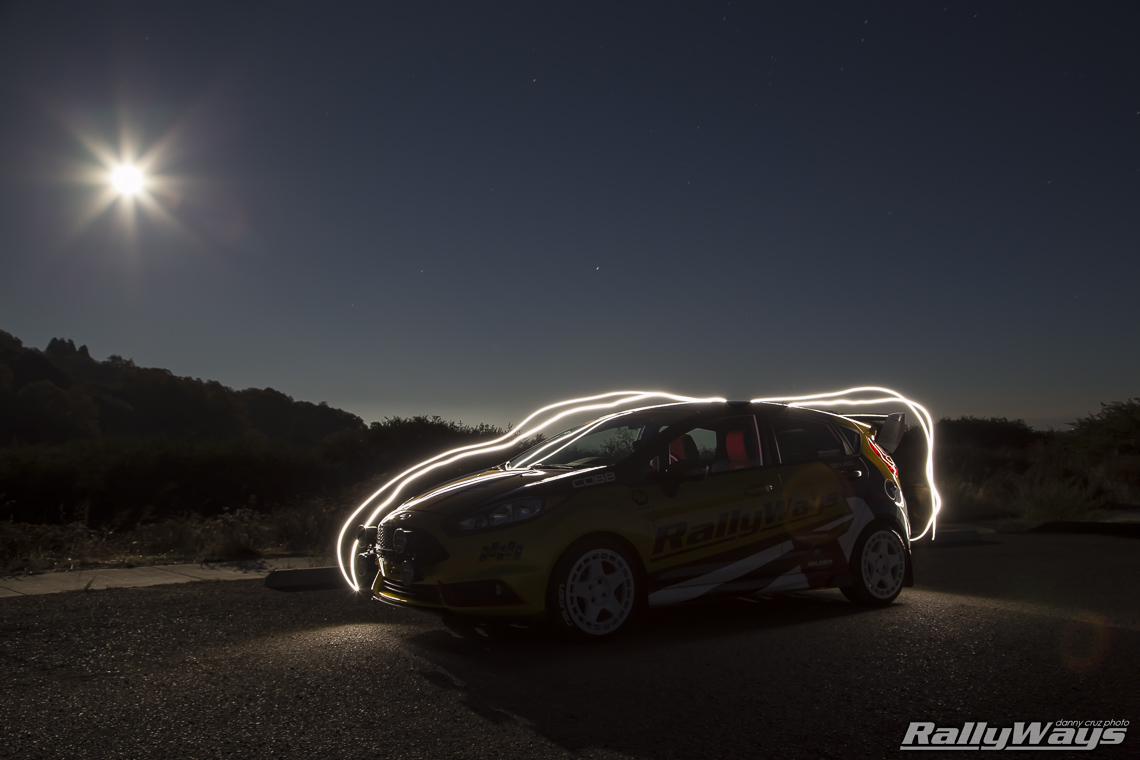 I had a little fun doing some hot hatch light painting photography this last weekend. This photo of #RallyFist is the result.

The story is that I had planned a late afternoon photoshoot with the car to show off the two latest additions to the RallyWays Ford Fiesta ST build. These are the Rally Innovations carbon fiber rear wing and the Rally Armor Fiesta ST mud flaps.

I took the car to a remote location up high in the mountains of San Diego. There I shot a video while quick detailing the car and proceeded to do the photoshoot right after.

Photoshoot done, we went ahead and shot some drone video footage of the car. I’ve been wanting to do that for a while. Next thing you know, it’s dusk and I’m busy wrapping up the shoot. As I pack up the car to leave I see a full moon starting to peek behind the top of the mountains. That’s when I had the idea of sticking around for nightfall to shoot some long exposure photos of the Fiesta ST. This would also give me a chance to brush up on my light painting photography skills.

Making do with what I had

See, I don’t have a lot of time on my hands these days. For that reason, I don’t usually go out at night to do light painting photography on cars… or on anything else for that matter. I’ll admit, I wasn’t prepared. I would have ideally liked to have some sort of fluorescent light bar to do the light painting. I didn’t.

I’m busy shuffling around for a flashlight and finding none (though I know I had one with me). The whole time I’m worried about getting eaten by a mountain lion. There’s a nice full moon, but it’s still dark and I’m out in what’s basically a wilderness. Finally, I had the idea to just use my cell phone’s flashlight. Not ideal, but whatever, it’ll do.

I used 30 second exposures for the light painting photo you see on the cover. I used a simple wired remote switch attached to my Canon 6D to trigger the shutter. You don’t want to touch the camera when doing such long exposures. Any type of movement will result in a blurry photo. Yeah, the Canon 6D has WiFi control through my phone, but I still like my trusty little remote switch. Not to mention, I needed the phone’s flashlight for the light painting.

After shooting a bunch of long exposure photos using only the moonlight, I proceeded to light paint a bit. Like I said earlier, a long fluorescent lamp would’ve been better, for cleaner lines and better glow. I had to make do with what I had with me so I went for more “dynamic” looking light painting photography. By that I mean, more obvious lines.

The result is a shot that looks like electricity flowing around and over the car. I’ll admit I took like a bazillion photos to arrive at this one. There are a few others I liked, but this one was the best of the bunch.

For fun, I’ll post up one of the moonlit photos. Check it out below. This one was also a 30 second exposure, but only lit by the full moon. 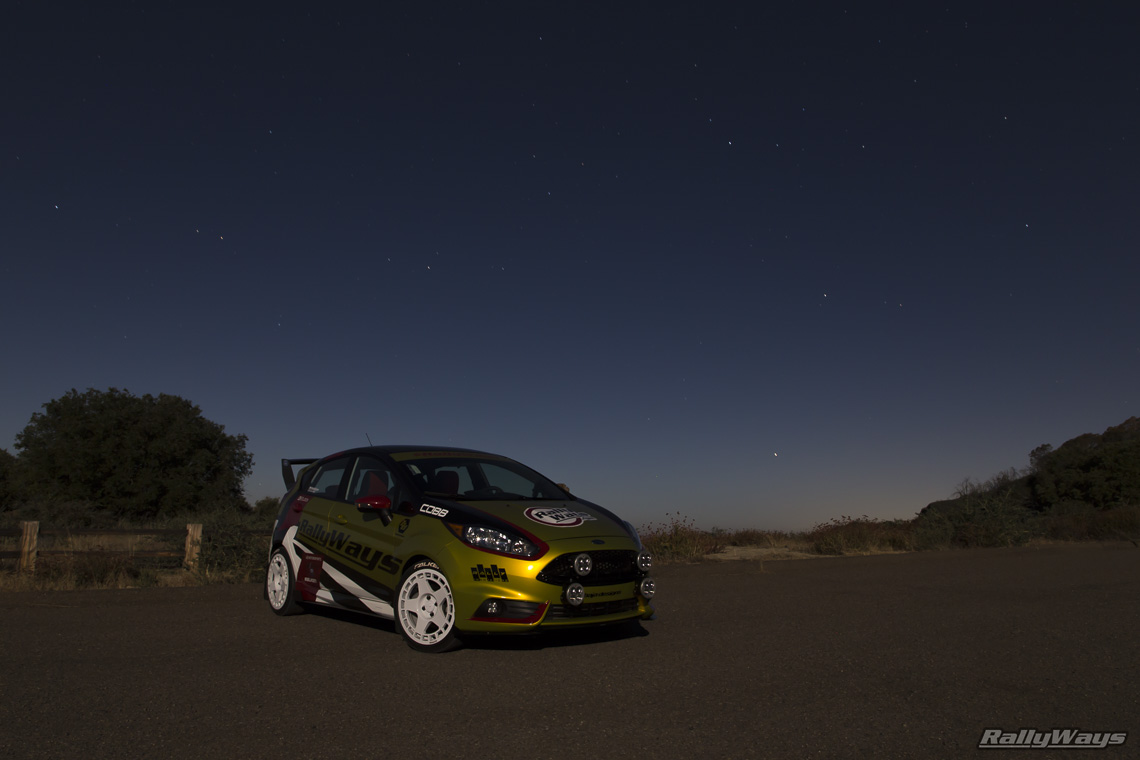 About the light painting camera settings

The Canon 6D has pretty low noise at high ISO. However, because I was doing long exposures, I kept the ISO between 640 and 800. At times I went all the way down to 320. Still managed the shots. One thing though, I really wanted to capture the background in focus — Mainly the stars and surroundings. Because of this, I was running an aperture between f/5.6 and f/9.0. I would have been easier to capture more light at a lower f-stop, but I really wanted sharp backgrounds.

So there you have it! A bit of light painting photography fun with cars. I’ve been meaning to do this for a while now. I’ll make it a point to do this again soon. Possibly with the RallyWays Miata next time. Or perhaps something exotic. We’ll see.