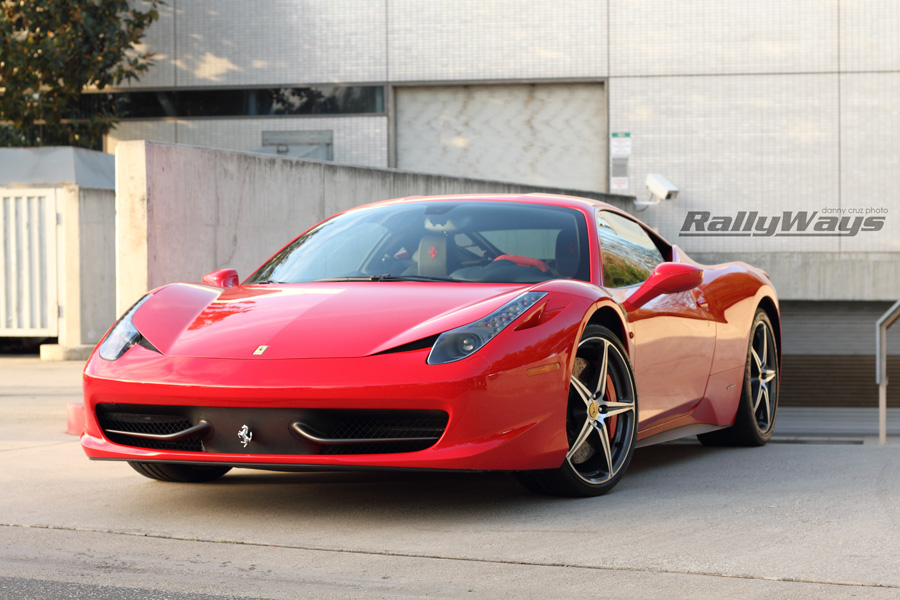 This is the famous loading dock at Cars & Coffee Irvine at the Mazda Headquarters parking lot in Irvine, where the show was held for so many years. This loading dock is almost a landmark. Heck, it IS a landmark. For so many years, dozens of super exotic cars have graced this scene. The result has been thousands of photographs from this very location.

This loading dock was prime real-estate at Cars and Coffee Irvine yet little self-policing was needed. Only those who brought worthy cars such as this Ferrari 458 Italia would even dare park there at the beginning of every show. This Ferrari 458 Italia photo was taken when these cars were still very rare, even by Southern California standards. After a while, 458s started becoming commonplace in Irvine. After that, a 458 Speciale would actually be the car to see at this dock. That said, a 458 in any guise is a beautiful car – a truly beautiful Ferrari.

The photo is very simple. It wasn’t even shot with a circular polarizer and there was little to no editing. This was shot with a Canon 7D and a 50mm prime lens. Pretty much a simple, meat and potatoes setup that just works. However, given the Canon 7D’s crop factor of 1.6x, that 50mm lens actually becomes 80mm – quite narrow. While this is a very common setup, it’s quite tricky to shoot with this at crowded shows as you have to be very far from the car to frame it properly. However, with a little bit of patience you can end up with a gorgeous shot like this.