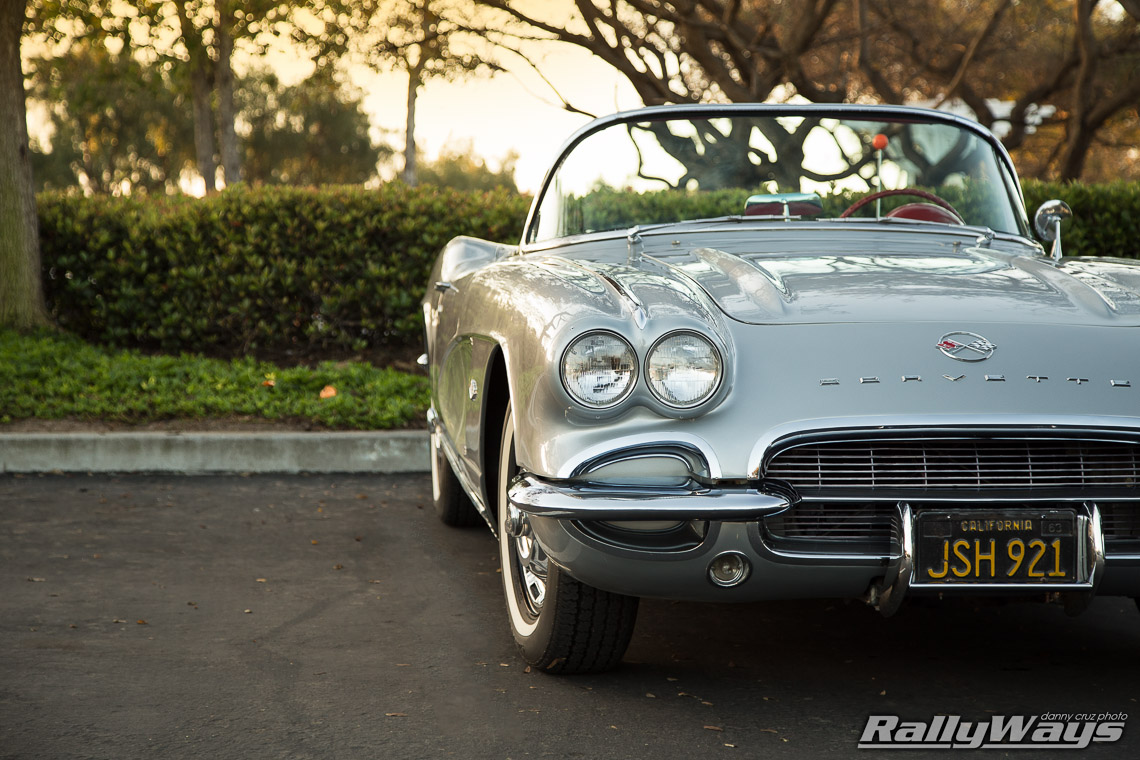 This photo of a classic first generation 1962 Corvette is one of those photos you can’t forget and end up coming back to.

Initially, we shared this photo on RallyWays’ favorite social media sites for cars and it got a lot of great feedback. Then we sort of stashed the photo after the fact.

However, this is one of those photos you just can’t get away from. It kept popping back up. Every time any work was done on our photo collection, this photo came up. Updates on the RallyWays Flickr photostream? It came back. Then we realized how much we love it. It must be the combination of beautiful classic car, gorgeous color tones and nice setting of greenery.

The car itself is a work of car. The 1962 Corvette marked the end of an era. It was the last year of the generation 1 Corvette – the one that started it all. In the 10 years of production since the release of the 1953 Corvette, the car had seen lots of upgrades and a multitude of refinements.

…the 1962 Corvette was not offered with a contrasting color option for the cove like it had been in previous years.

The 1962 Corvette is very similar to the previous year car in that it lacks the “teeth” in the grille, but rather has a mesh. This was true for ’61 and ’62. However, what gives this car up as a 1962 Corvette model is the side cove details. Look closely and you will notice the side cove is molded as a single piece panel along with the front fender. Every previous Corvette model that featured this cove (’56 thru ’61) had chrome moulding that divided the cove and the fender. The 1962 Corvette was the only year that didn’t feature this.

Because of this one-piece cove with no dividing chrome moulding, the 1962 Corvette was not offered with a contrasting color option for the cove like it had been in previous years.

Another 1962 Corvette-only feature for the first generation was the debut of the engine that was designed for the next generation Corvette Sting Ray – the 327 cubic inch V8 with a single four-barrel carburetor. For the base model, this engine produced only 250 hp, but the option list allowed power outputs of 300, 340 and even a big 360 horsepower option. That is big power – specially in 1962.

The 1962 Corvette was also the last year the Corvette had a solid rear axle.

This photo was taken at our local car meet – Cbad Cars and Coffee Carlsbad. Yes, our local spot is quite pretty.