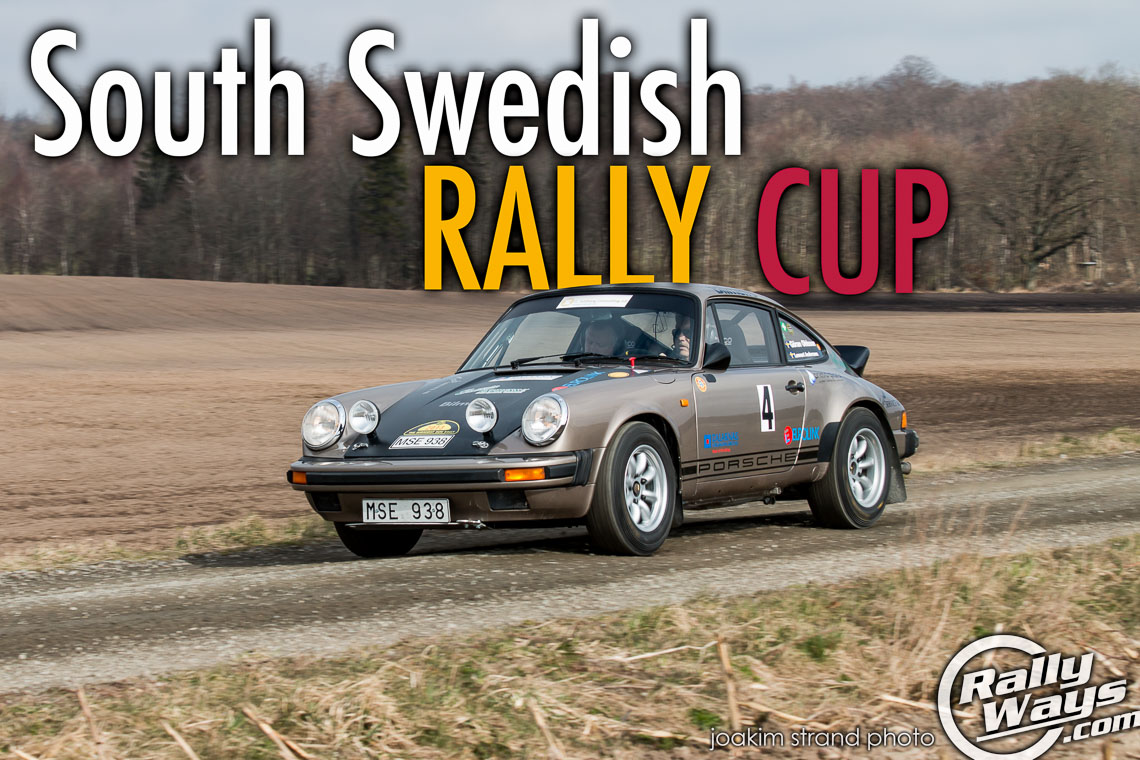 While RallyWays may be about all kinds of car enthusiast topics, we do feel we need to bring you some rally racing content here and there. As far as rally cars go, you can’t beat Europe. For this reason, we’ve gone straight to our man in Sweden, Joakim Strand AKA “Mr Jockan” for juicy dirt rally car photo action.

Hi guys, my name is Joakim Strand and I live in Sweden. I connected with Danny Cruz and RallyWays thru Instagram about two years ago. Since then I have supplied a number of photos for the @rallywayscollective account and also some for the main @rallyways account.

I am now very pleased to be a part of the official @rallyways roster of photographers and will be supplying pictures every now and then…mostly on Instagram.

My background as a photographer doesn’t go that far back actually. I studied photography and graphic design back in high school but after my graduation I did nothing with it. But now some 16 years later I have found my way back to photography again and got a DSLR camera last fall. My background as a rally fanatic on the other hand goes way back. My dad used to do rallying back in the day but had to give it up when I was born. Since then we’ve attended most of the rallies around our area. I even had the chance to try endurance racing for a few years.

Now though, I’m getting more and more into the photography side of motorsport. The idea with this post is to bring forth some insight into the opening event of the South Swedish Rally Cup. This event took place on the 28th of March outside a city called Simrishamn located in the southern edge of Sweden. The rally is called Simrishamnsmixen and contained a one day event battling it out over six special stages. Since this was the first event of the year, the entry list was crowded and there were over 200 cars at the starting line. There are a number of classes that you can compete in and below you´ll get a few examples of cars from almost all the groups.

On to the rally car photos… 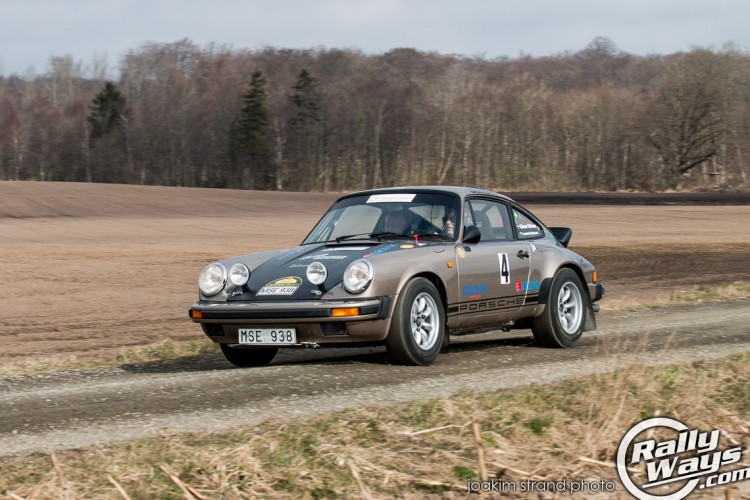 We start with a classic Porsche 911 that competes in a class called Regularity. As you might notice in the picture, the driver and co-driver don’t have any helmets on. This class is a lightweight rally class and they drive all the stages expecting to hit certain key times along the way. Basically they need to keep as close as possible to a 50 km/h (31 MPH) average as possible. This is a big class all over Europe, but here in Sweden it is just a few who enter. In my opinion it is a great way to spend a day in a classic car but still get a taste of gravel and some slides along the way. 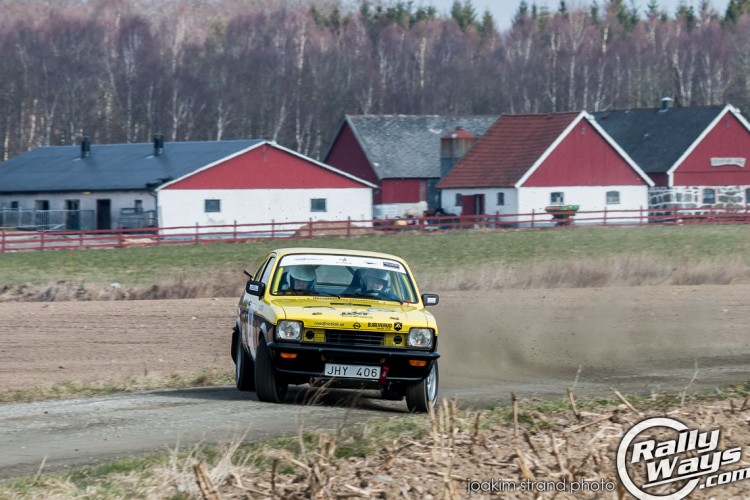 This one is an Opel Kadett GTE competing in the Appendix K class. These cars are the real deal and very competitive. They are meant to be spec’d in the same way they were back in the 60s and 70s. The guy driving this one is one of the great ones here in Sweden. My dad used to race against him back in the 70s. 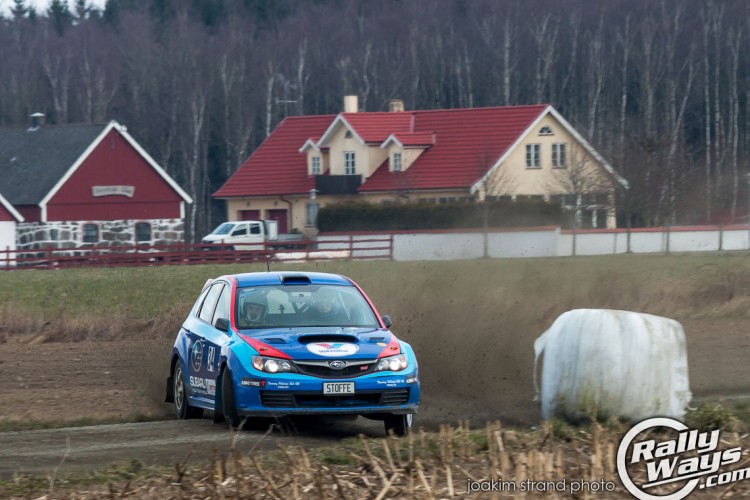 We move on to the most expensive and fastest class in the rally. This class used to be called Group N or The Production Class in WRC. This car is a Subaru Impreza WRX STi suped up as a rallycar. Engine and drivetrain are pretty much standard but the rest of the car is all full-blown rally car. This team won the overall victory this time after a great performance. 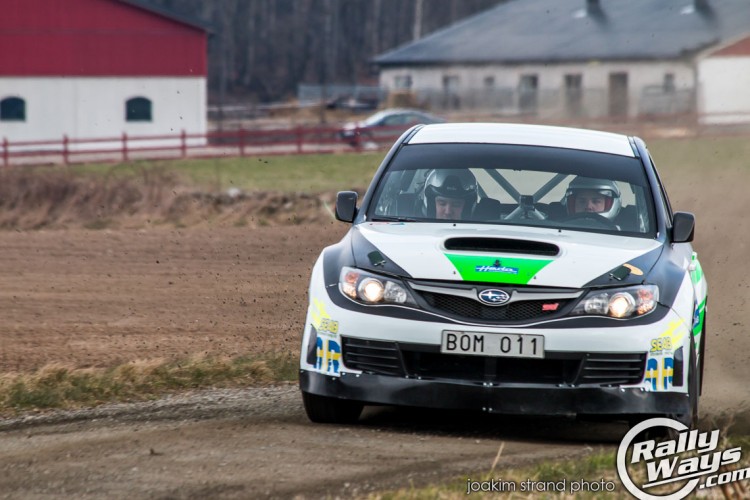 Moving on to the next car in the same class. Chose this one mainly since I thought it was a good shot but he didn’t make it all the way to the top. 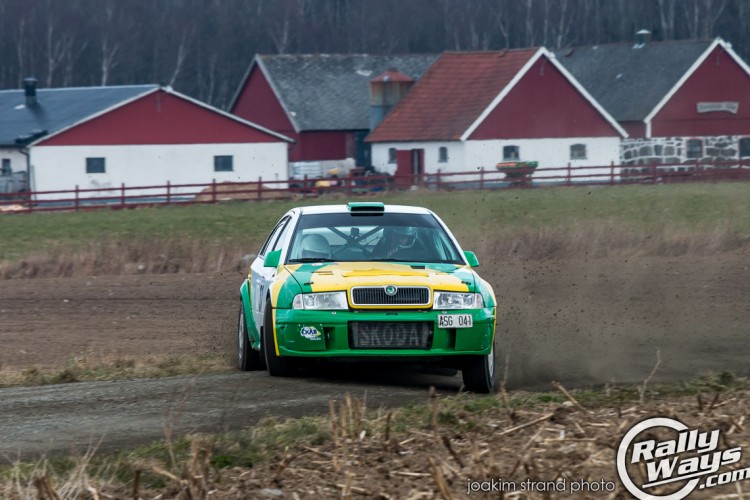 Here you have a car that competes in the same class as the two cars above, however, this one is a previous full blown WRC car. This is the Skoda Octavia WRC that competed world wide just a few years ago and really is a competitive rally car. But much lies with the driver and as far as I know he had just purchased the car and wasn’t that comfortable in it yet. Maybe more to come from this team later this year. 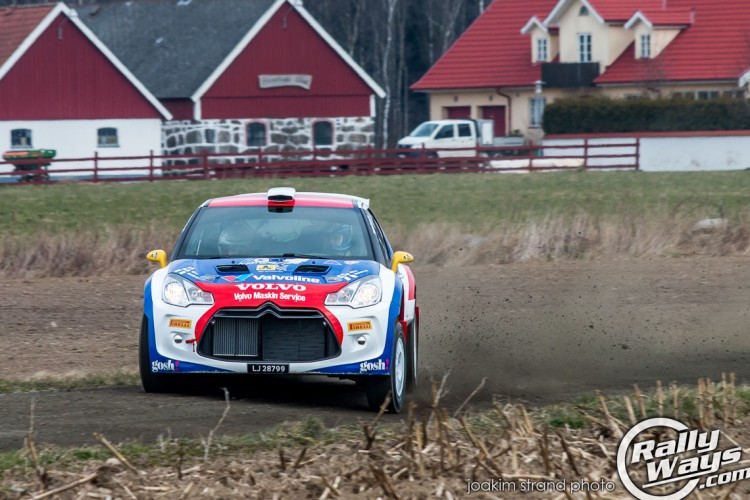 This is an interesting car in many ways. It represents the latest class in WRC and is called R5. This is a Citroen DS3 R5 WRC2 with a 1.6L turbo engine and 4WD. This class was made to be a cheaper alternative to the full blown WRC cars. I don’t know about cheap though…you have to part with around €150 000 ($167,500) to get one! This class is the one we have the most hopes for over here in growing potential. I know of several cars that are being built as we speak and they can come as either a Citroen like this one, Ford Fiesta or a Mitsubishi Colt, etc. 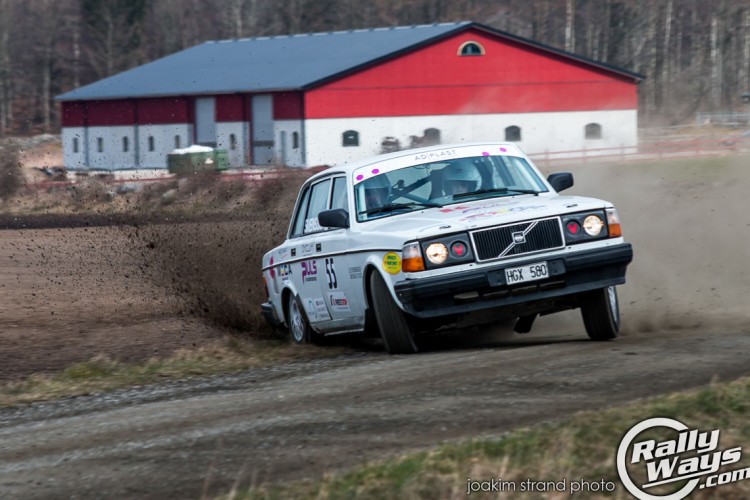 No rally is complete without a Volvo 240 …at least not in Sweden! This is the runner up in his class. Maybe if he had driven more on the road than beside it he would have taken the win. This is a 2WD class called Group H. Don’t be deceived about the outer appearance of this one since it is a proper rallycar with Öhlins coilovers and the engine in this thing puts out some 250bhp. 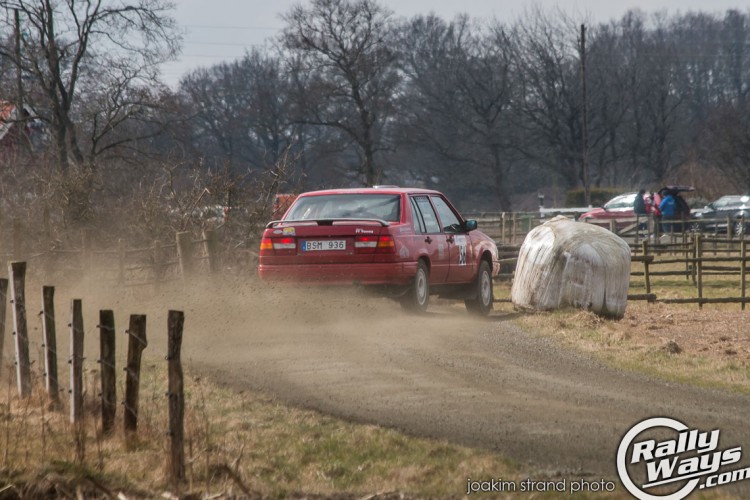 Here is another Group H car, but this time it is a Volvo 940. This guy always makes it to the top 5 in his class and is always competitive. Same here with the bhp`s as above..main difference here is that this car has a fully sequential gearbox. 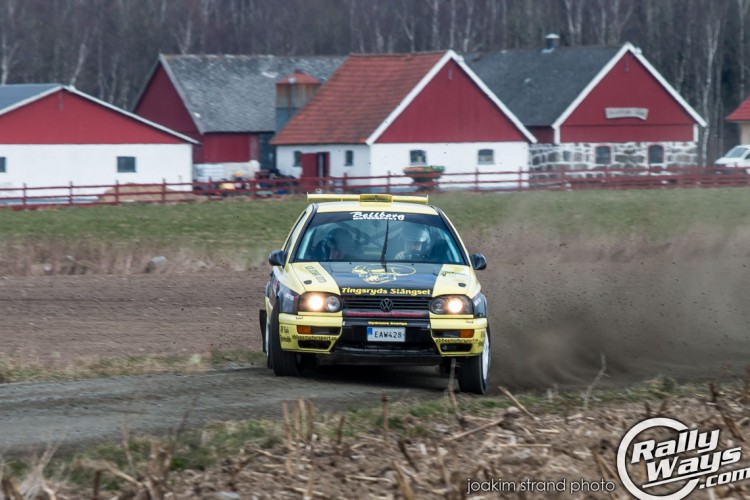 Here you have the winner of the Group H class. This is a VW Golf KitCar created to be a rally car since the beginning. This car is FWD but still rocks 250-260bhp. Quite spectacular driving for a FWD! 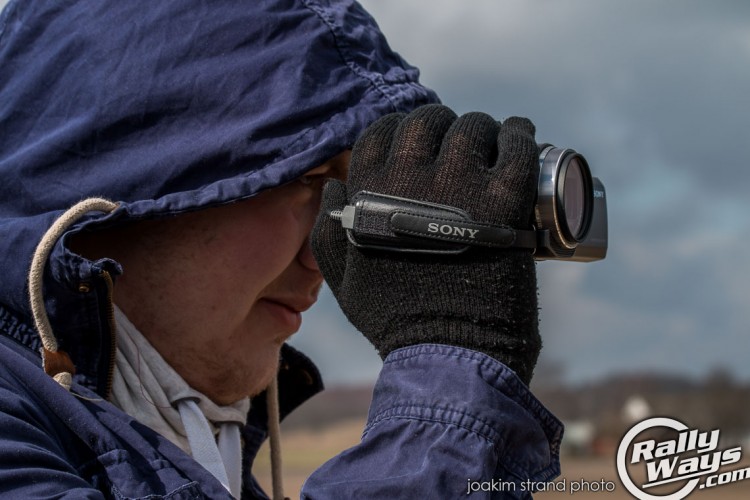 Here you have the other side of documenting the rallies.This guy actually was meant to be a part of the rally but the car wasn’t ready so he came out as a spectator and cameraman instead. He´s really focused here! 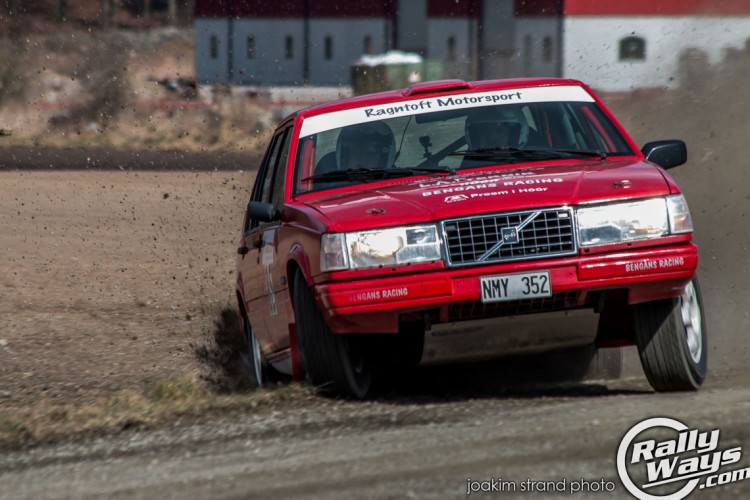 This is another Group H Volvo 940. These cars run with a 2.5L 8V Volvo engine and the sound they make is just amazing! 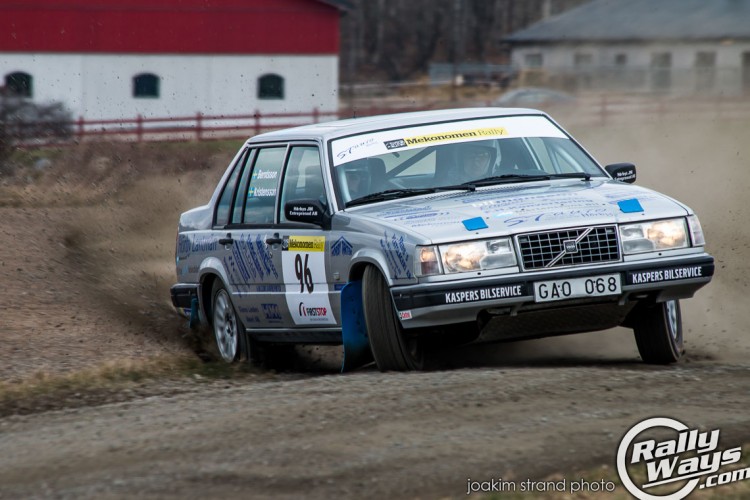 Here we have yet another Volvo 940 but this time it is a car from the VOC (Volvo Original Cup) class. These cars are pretty much standard and on a good day they produce around 150bhp. Regardless of the lack of power this isn’t a boring class since these guys makes up for the lack of power with guts. How? They never lift off the throttle! This photo is a perfect example of that. So close to a tire blowout here but he made it thru and went on to secure the win in this class. 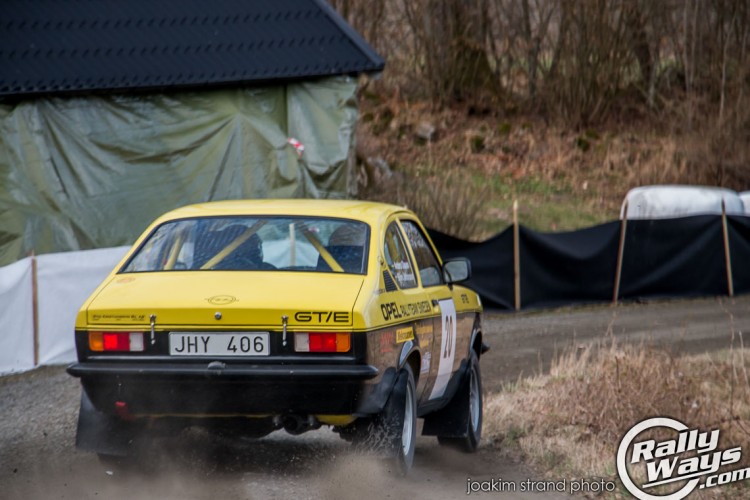 Here´s another shot of the amazing Opel Kadett GTE shown above…if only you could hear it roar!

To finish this post off, here´s a demonstration on what happens if you push the limits too far. They actually went on to roll the car over a stonewall after I´d put the camera down and ducked for cover. Luckily, both occupants walked away from the accident and the car will soon be put back together.

Thanks for reading and see you later!
//Joakim Strand

Editor’s Note: Big thanks to Mr. Jockan, “our favorite Swede” for the awesome rally content. You can find more work by Joakim on his JS Motorsport Photos blog and on his Mr Jockan Instagram account. 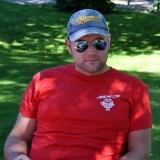 Overseas contributor of photos and texts for RallyWays' Instagram account, located in Sweden. AKA @mrjockan, Joakim has a burning passion for cars, racing and photography.