Here’s an event that I now look forward to every year. So do many of my friends. This is California Festival of Speed.

California Festival of Speed is mainly a Porsche racing event. It features cars from both PCA (Porsche Club of America) and POC (Porsche Owner’s Club). Many local clubs join in as well. This all said, it’s not just a Porsche event. Since so many car enthusiasts that own other marques also love Porsche, they all flock to the event as well. The parking lot is full of all kinds of awesome machines.

If you didn’t attend for whatever reason, the gallery below will give you a pretty good idea of what you missed. As far as Porsche enthusiast functions go, this is one event you have to experience.

The best part of the event is that it’s a genuine Porsche motorsport gathering, with real racing going on all weekend. There is Porsche club racing as well as professional Porsche 911 Cup cars racing at various stages. In some of the heats, a small number of other marque cars are allowed as well. You’ll mainly see a couple of Lotuses and Bimmers zooming around the track alongside the Porsches.

A Weekend of Real Porsche Racing

California Festival of Speed is held at Auto Club Speedway in Fontana, California. This track, formerly known as California Speedway, is pretty much a NASCAR track with a huge oval and stands big enough to sit the entire state of Maine — Probably not enough seats for Texas though.

However, nobody wants to see a bunch of Porsche 911s turning left all the time. For that, the back of the track has an addition which adds a series of corners and chicanes to an otherwise oval track. That makes for an interesting course, specially if you venture out to spectate the racing from the back fences, instead of just sticking to the front straightaway stands.

This is niche event. It’s aimed for Porsche enthusiasts. While the general public is allowed to attend, few average folk even care about it. For this reason, just about everyone there is a car enthusiast. This makes it so the event has a rather family style feeling, even at such a large track.

CFOS is not just about racing though. There is a Porsche concours, a Porsche swap meet, a Porsche Driving Experience course and the big vendor’s village.

In the Porsche Driving Experience you can drive a new Porsche 911 provided by Porsche Cars of North America while burning tires provided by Pirelli North America. On the same course, you can also bring your own Porsche in order to test the limits of your own car. Both of the events provide instructors to help you make the best of your time on the autocross course set up for the sessions.

I made a brief mention of the vendor’s village although this is where you spend most of your time really. See, the vendor’s area is located right in between the paddocks and the stands. The food trucks are there too. The sponsors’ presence is very prevalent. More importantly, the quality of the sponsors is high. All the sponsors are related directly to Porsches and the Porsche community in more ways than one. We’re talking about companies like HRE Wheels, BBS Wheels, Pelican Parts, LA Dismantler, KI Studios, COBB Tuning, Akrapovic, OS Giken, Falken Tire, Lucas Oil, and the list goes on.

You have to take into account that this event happens on the same weekend as the Long Beach Formula Drift event in LA. At least that was the case this year. Even so, the representation at California Festival of Speed is big because the people that attend are true Porsche enthusiasts who’d rather be here than smell tire smoke the whole time.

Of the entire event, I enjoy the racing the most. It’s true wheel to wheel racing at both club and pro level. Even though this is not my favorite track, it’s still great fun to watch. I think that access to the back of the track should be better for spectators than it is though. I mean, there should be some kind of stands back there. After all it’s actually more exciting to watch the back of the track than a bunch of cars going fast on the front straight. But it is what it is.

Since the attendance is mostly car enthusiasts, one neat feature of CFOS is that the general public has access to checking out the paddocks first hand. You see, I usually carry a press pass to every event. For this reason, I don’t ever miss the good, usually off-limits areas. Spectators however often can simply not delve so deeply into the goings-on at track events. Paddocks, for example, are often off-limits — specially at bigger professional events — But not here. As long as you’re careful, cordial and don’t do anything stupid, you can walk the paddocks and admire the race cars and tech work up close.

Like I said, the Porsche 911 racing is my favorite part of California Festival of Speed. This explains how most photos are about the racing itself. I wanted to convey a complete story though, so I’ve balanced the thing out with photos from all around the event. That’s pretty much it! See you all next year.

I’ll leave you with a couple more photos. I know you want more… 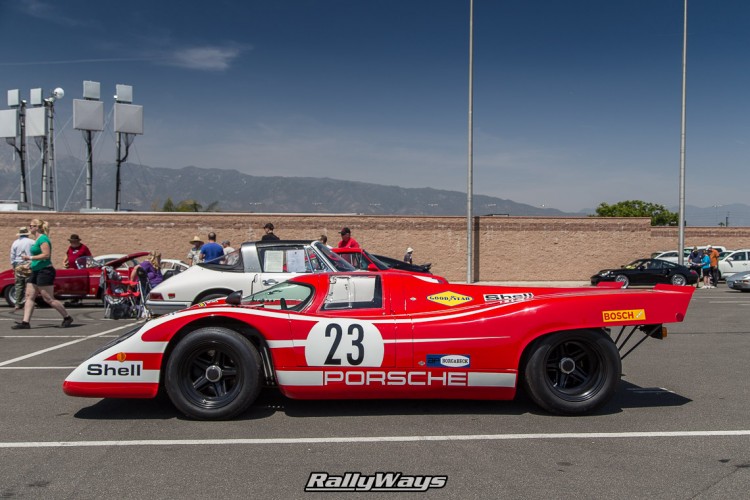