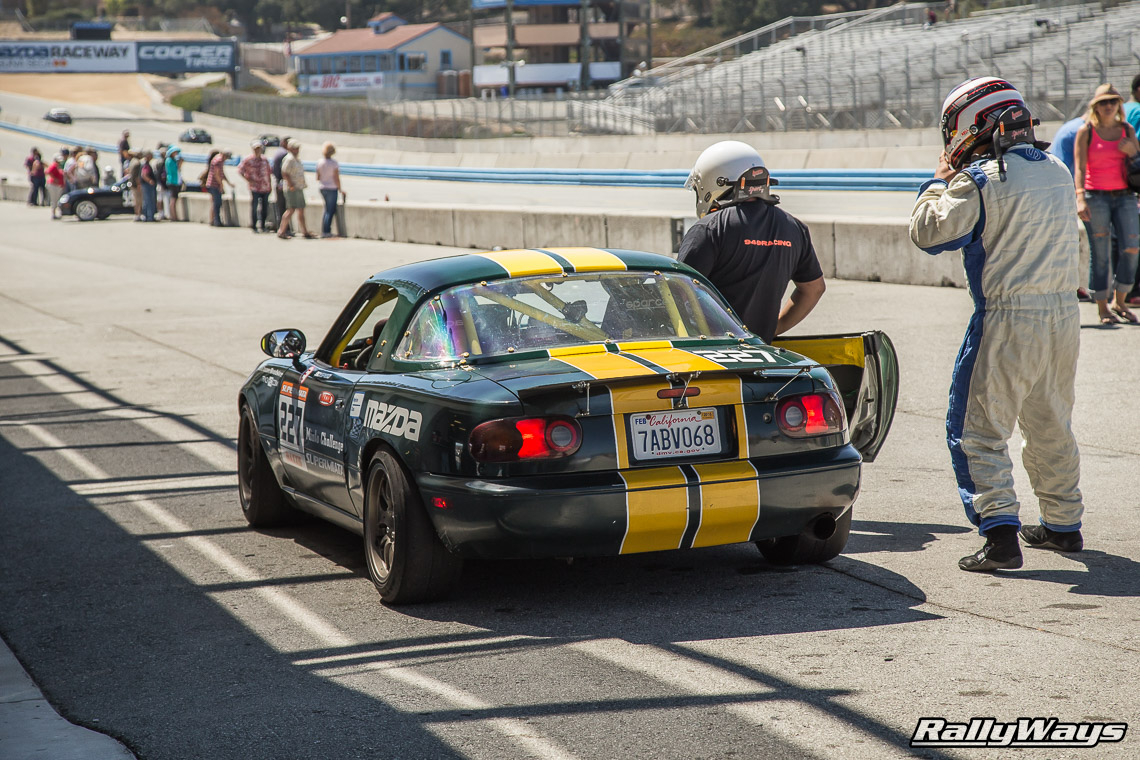 Our beloved Miatas can do a lot more than just be fun on the street. There’s a reason the Mazda Miata is the most raced car in the world. The Miata is economical and it performs.

The Mazda MX-5 Miata has left a gigantic footprint in motorsport — a mark that’s way bigger than the car’s diminutive size. Mainstay motorsport events have been built around the platform. These events range from simple amateur classes that cater to ease and affordability all the way to pro-racing series.

On top of the series centered on Miatas there are also tons of events where the Miata has strong presence while not being the center of attention. Such events include SCCA Solo 2 Autocross where auto x racing is done in classes with many different makes and models. Still, Miatas take a big chunk of the participation and often take top ranks. Then there are the multitude of Porsche Club of America (PCA) and BMW Car Club of America (BMWCCA) autocross events where a certain number of spots are allocated to non-Porsche or non-BMW cars, and well, many of those are often Miatas. 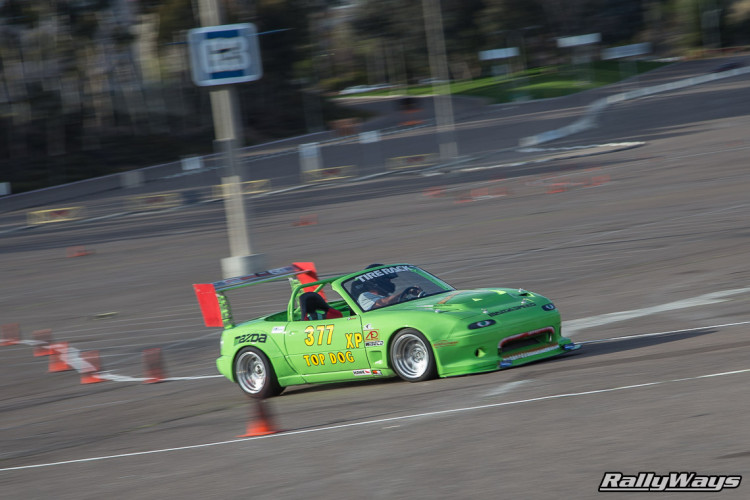 If you own a pristine Miata, perhaps a daily or even a beater, there is a Miata racing event that will suit your needs. If you’re looking forward to keeping your Miata in perfect shape, then autocross racing or possibly HPDE (high performance driving education) track days could be perfectly suited for you. The lower-risk factor of such events will suit those types of drivers very well.

For those who want a bigger thrill, time-trial events and full wheel-to-wheel racing is also available, likely close to you. Spec Miata, Super Miata and Global Time Attack are some of the racing events that might interest you. There is lots to be learned here and many rules to follow, so it might be wise to cut your teeth auto-crossing first, then HPDE and then progress on further to more serious racing events such as Spec Miata or Super Miata. 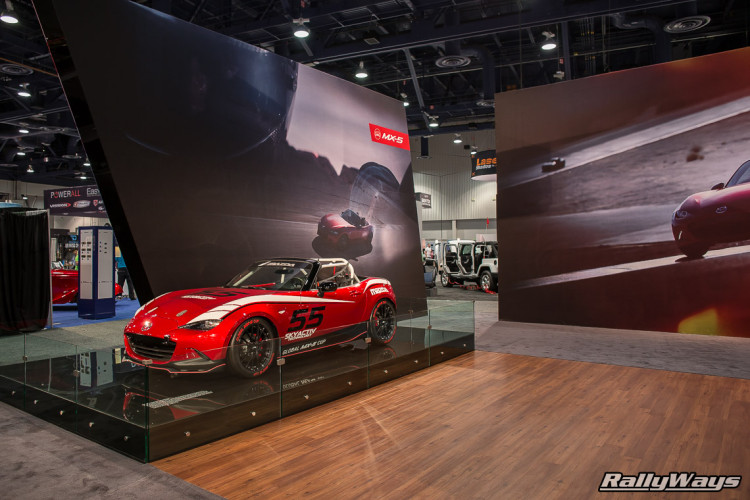 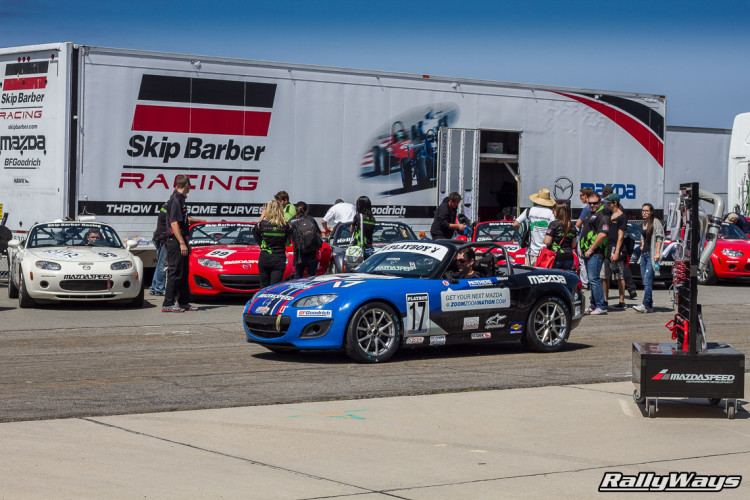 In the professional arena we have the Mazda MX-5 Cup which has gone global with the Mazda Global MX-5 Cup Car (ND) debut. This is pro-racing series that has been going on for years now. Major sponsors take part in such racing and getting in is not as simple as it is for SpecMiata. One way to get your foot somewhat in the door is by attending the Skip Barber Racing School. We have some photos and coverage from the Mazda MX-5 Cup at Coronado Speed Festival in San Diego.

These days dirt rally is ruled by AWD and FWD cars depending on the classes, but there are still events where RWD cars can participate freely. In events like these you can often see such classics as Porsche 911 and you guessed it, Mazda Miata. Then of course, there’s SCCA Rallycross where much like autocross, you can almost run whatever you brought. Notice I say almost as there are some cars that have been banned from autocross due to rollover safety concerns – This is only a handful of cars and certainly not Miatas, so you’re good there.

More information: Our friends at RealMazdaParts.com have put together a very interesting article with more details about many of the Miata racing events available worldwide. Check that link to read the article.

See the MX-5/Miata Racing Around the World infographic below. Some of the text is small, so click to view a larger image. 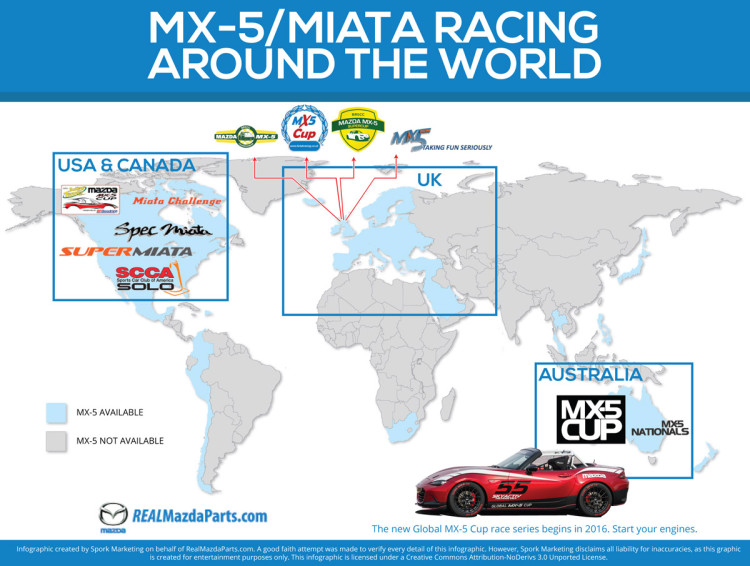