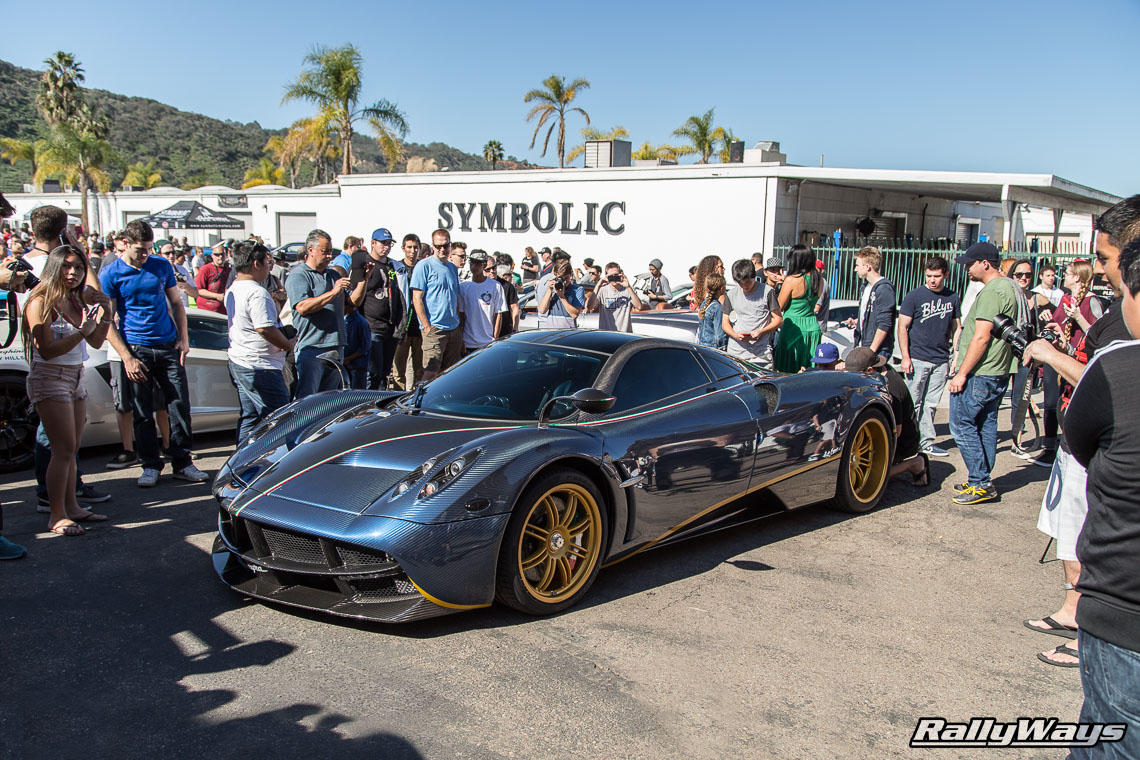 This weekend was the first Symbolic Motors Cars & Coffee of the year. Alejandro Salomon, otherwise known as Salomondrin, was kind enough to bring not one, but two hyper cars to the event. The cars were a Pagani Huayra 730S Edition Tricolore and a matte black Porsche 918 Spyder with lime green striping.

Both cars arrived well into the event. This created some tension in the crowd as the word had already spread a few days prior that the Huayra would be there. Call it a fashionably late entrance, the Pagani Huayra 730S came in slowly surrounded by a massive crowd of lenses and cell phones. The matte black Porsche 918 Spyder wearing an interesting set of lime green stripes ala Tron rolled shortly after – also followed by a good crowd.

The Huayra’s tricolore carbon fiber shimmered in the hot sun – Let’s just say this winter in SoCal hasn’t been winter at all. For a good hour or more it was nearly impossible to get a clean shot of the car due to the intense crowd. Finally, I realized a clean shot was simply not going to happen, so I opted to make lemonade. I went into the crowd, wide lens in hand and got close to the Pagani. 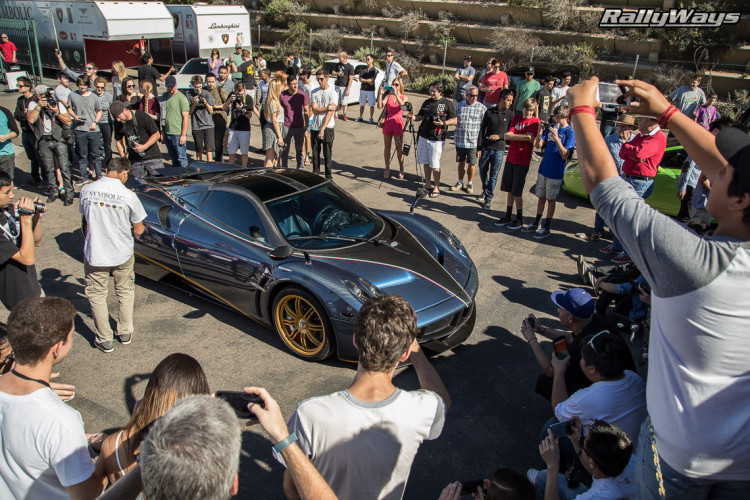 The crowd was as part of the event as was the Pagani, so they both belong together. Only makes sense.

The car is unreal. Really. I photographed a regular Pagani Huayra (if there ever was such a thing) at the GoPro booth at SEMA. Needless to say, this tricolore special edition (wondering if the “S” in 730S stands for “Super” or maybe “Salomondrin”) is something else. In good light, the finish is unlike anything you have ever seen before. Truly a depth of carbon fiber like no other. 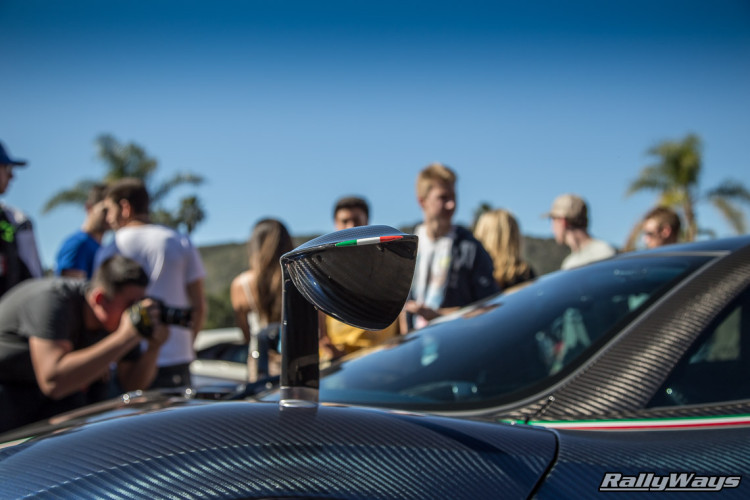 Horacio Pagani’s creation, the Huayra is said to boast 700 horsepower. However, if you look on the Pagani website and search for the Huayra, you will see 730 horsepower written in the specs. With a name like 730S, it would be suspected that the Salomondrin edition Huayra has, 730 horses as well. That’s a lot of horses. 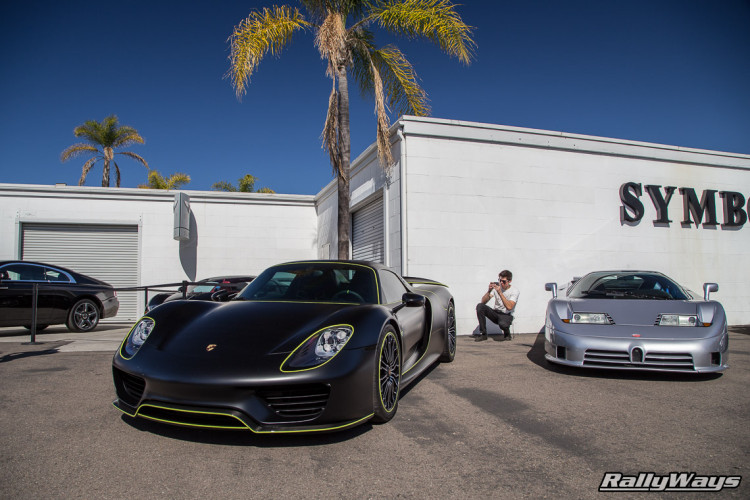 Then there’s the much loved Porsche 918 Spyder. Not as rare as the Huayra, but not exactly mundane either. Take the Huayra out of the equation and the 918 Spyder would’ve had as many people around it. Luckily, this wasn’t the case and I was able to grab a rather cleaner shot without a thousands bodies around. Oh yes, the silver thing beside the 918 Spyder is a rather stunning Bugatti EB110. No lack of hyper cars here is there?

We have more Symbolic Motors Cars & Coffee stories. See below…