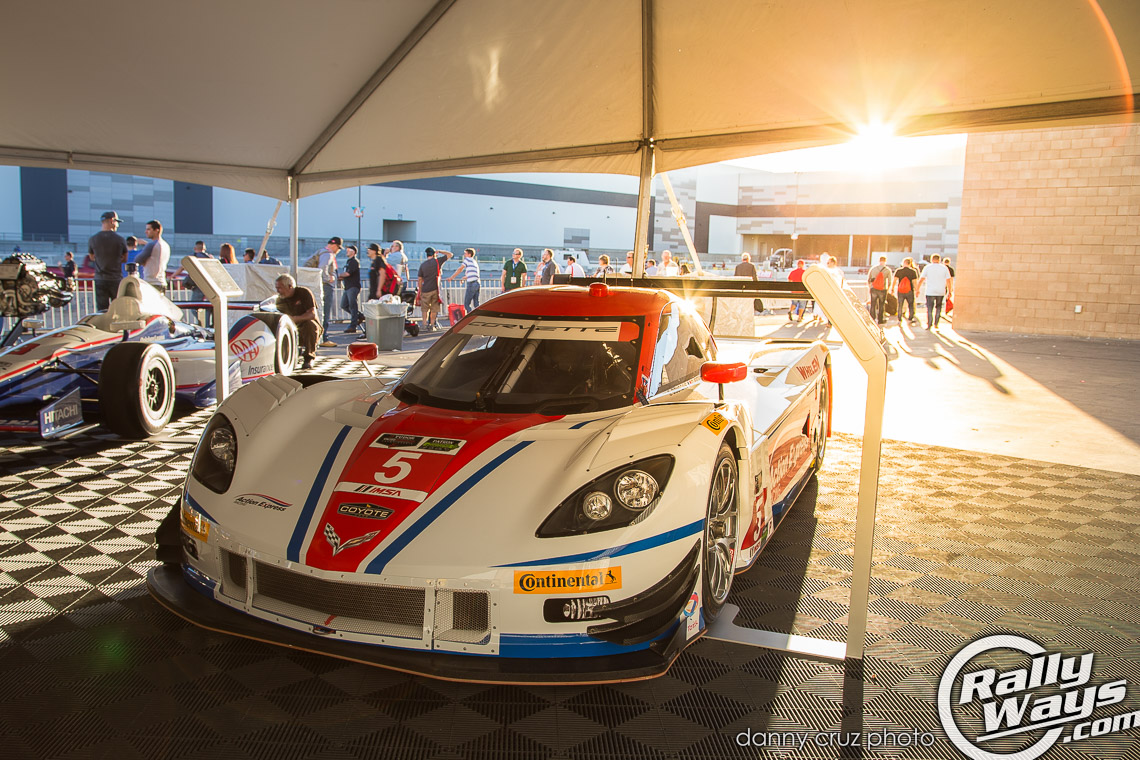 This is a 2014 Corvette Daytona Prototype. It will make you stop dead on your tracks. On display at SEMA 2014. Captured by us right near sunset.

In 2012 Chevrolet entered the highest level of endurance car racing in the US in prototype racing. While this is a 2014 Corvette Daytona Prototype (Corvette DP from here on out), Chevrolet introduced the car back in 2012. 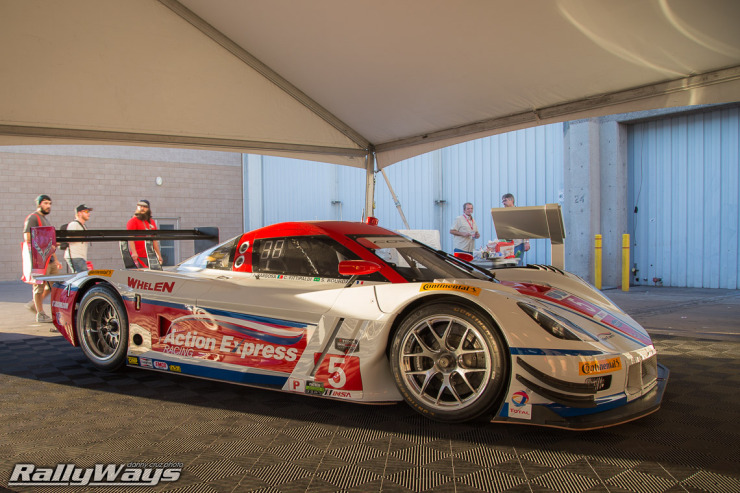 Chevrolet has won 22 races with the Corvette DP since its introduction into prototype racing. The Daytona name is more than appropriate due to the first place win at the GRAND-AM Rolex Sports Car Series in 2012 and then again in 2013. The Corvette DP also had six wins at the TUDOR United Sports Car Championship inaugural season. It’s safe to say this is a real deal race winning corvette.

Three of the biggest events in the TUDOR Championship were won by the Corvette DP. There are victories at Road Atlanta 1,000-mile Petit Le Mans and at the Sahlen’s Six Hours at Watkins Glen. 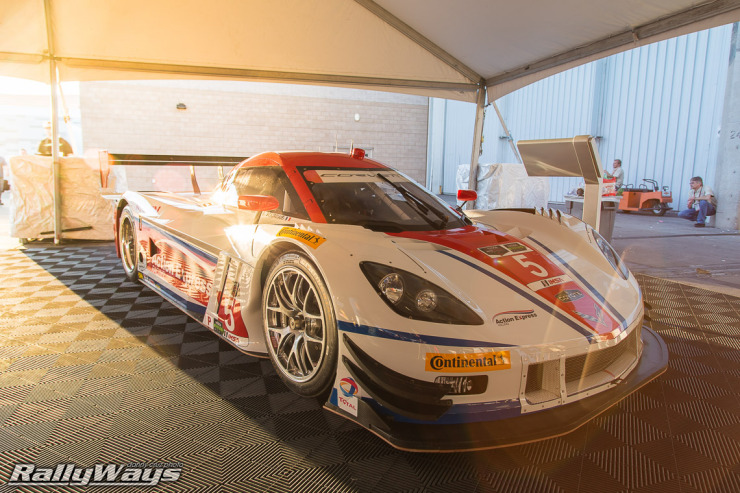 The 2014 Corvette Daytona Prototype is built using a hybrid steel and aluminum chassis. The cage around the driver is tube steel. The car does have that classic Le Mans endurance racing look yet somehow carries C6 Corvette cues much better than other endurance racing cars do in reference to the models that inspired them.

Power comes from a 5.5 Litre V8 by Earnhardt Childress Racing Technologies and rocks a stunning 560 horsepower. The engine features twin sonic air intake restrictors – whatever those are. They suck air, but restricted apparently.

Not for fetching groceries. And guess what? It’s drive-by-wire too. 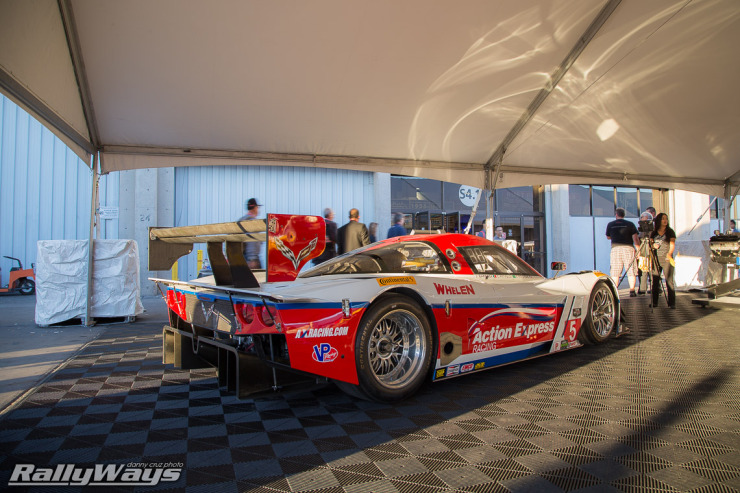 The 2014 Corvette DP reaches speeds up to 200 miles per hour. The engine management is done by a BOSCH Motorsport ECU. And for all those that like complaining about nannies, believe it or not, the Corvette DP has traction control – surely tuned for its job though. Not for fetching groceries. And guess what? It’s drive-by-wire too. It’s the new tech ladies and gentlemen. We’re not getting around traction control, electronic steering and electronic throttle control. The tech’s here to stay… and only to get better as engineers learn from their experience with cars such as this Corvette DP.