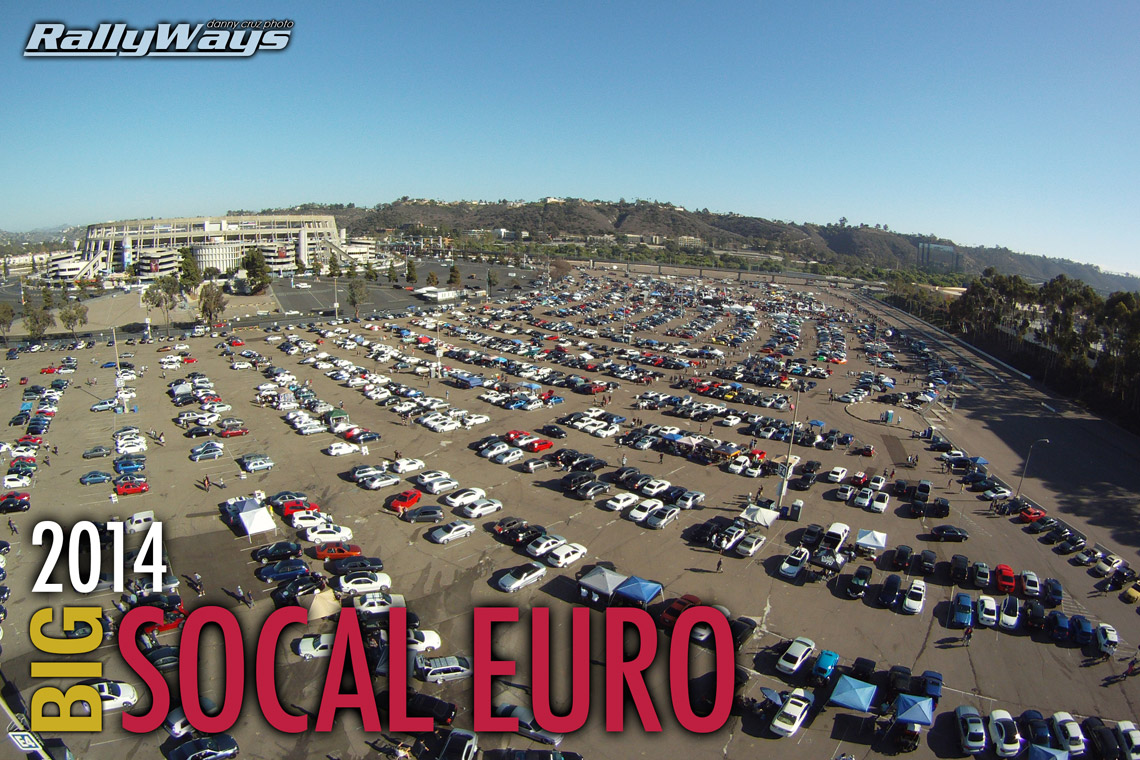 This is RallyWays’ third year at what we now consider the best European car show in the West. So far, it’s the biggest Big SoCal Euro to date. Soon the organizers are going to have to up the name to Massive SoCal Euro.

There are a number benefits to hosting a car show in August in Southern California. For one thing, chances of rain are like the chances of finding gold now. That said, there’s a trade-off… Dang it was HOT! But that’s because we’re a bunch of spoiled pansies that don’t live in Florida, Arizona or Nevada.

Take your time with the photo gallery above. There are a good 20 images to enjoy.

Well, the event was as big as it has ever been. The organization oozes with experience – like guys that have put together more than one of these things. The sponsors were stoked and the crowd was having a great time. And the cars… Varied and eclectic as a good show should be.

Admittedly, with a show this big, you’re bound to miss many of cars. I feel it’s impossible to see everything there is to see at Big SoCal Euro. That’s a good thing though.

A few months ago I took upon the task of building a tricopter, for fun and for another angle at taking pics. At the previous SoCal Euros I’ve seen plenty of DJI Phantoms cluttering the skies about the lot. I figured this would be as good a show as any to put my creation to the test. 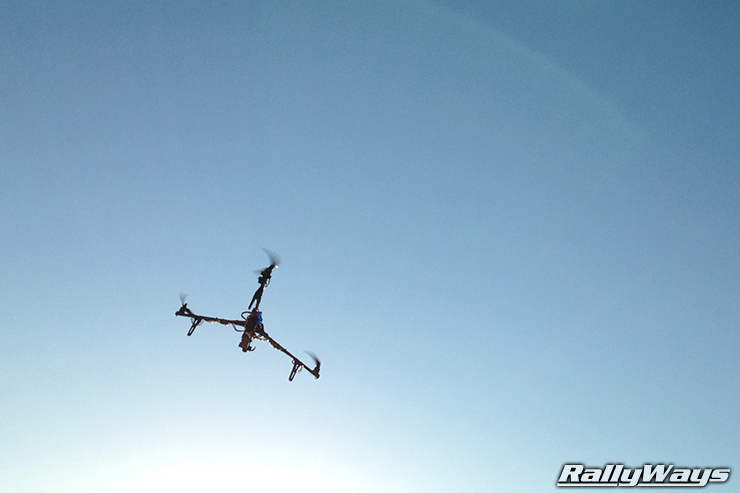 I say creation because I didn’t buy an off-the-shelf drone. Nothing but custom-built was going to do it for me, so I built my tricopter from scratch using parts from many different sources. Before Big SoCal Euro 2014, I had test-flown the tri-copter for 10 different flights. For a scratch-built drone, 10 flights is not enough to have it fully tuned. Given I’m very careful and also don’t want to be part of the problem that gives drones a bad name, I decided to play it safe. I found a nice open area at the far end of the parking lot and flew from there.

Just one battery and a 5 minute flight to take a few stills and some video all the while making sure not to fly over people or cars. With that I managed the video below. It was a perfect angle to show how big the event really was.

With all this talk about drones and aerial photography, I’ll recommend you check out our sister site – PinchTune Multirotor Blog. This is a blog that is dedicated to multirotors. In which case, it’s things like this tricopter, but also mini quads and racing drones.

My favorite time at Big SoCal Euro is between 6PM and sunset. The soft lighting from the West makes for some really juicy photos. Just take a look at the photos below to see what I mean. 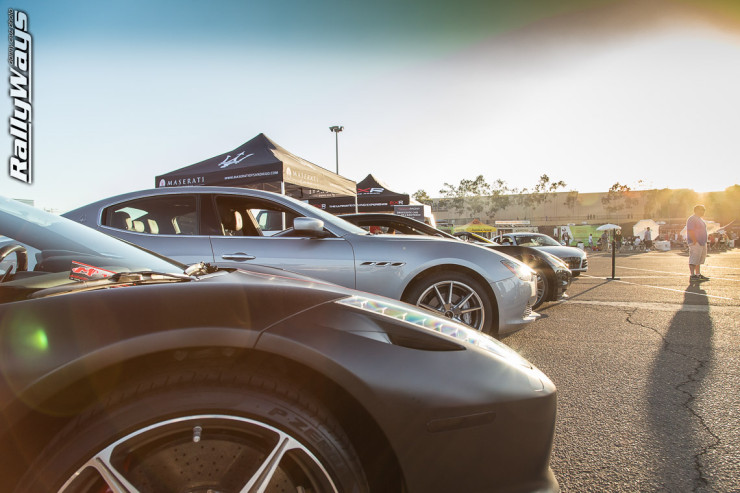 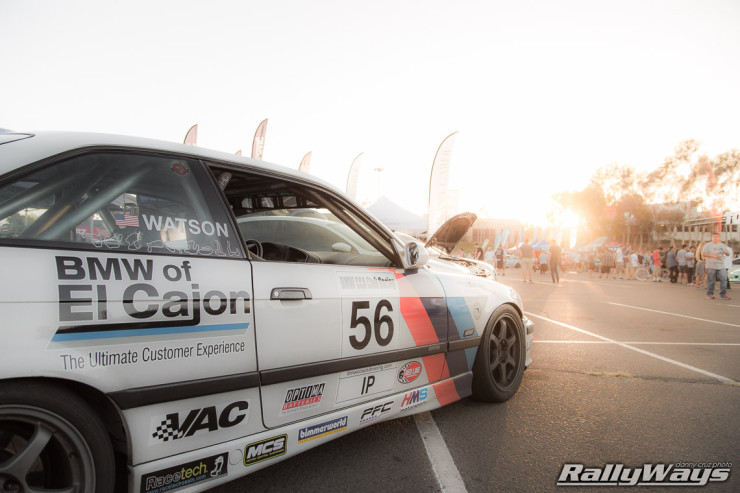 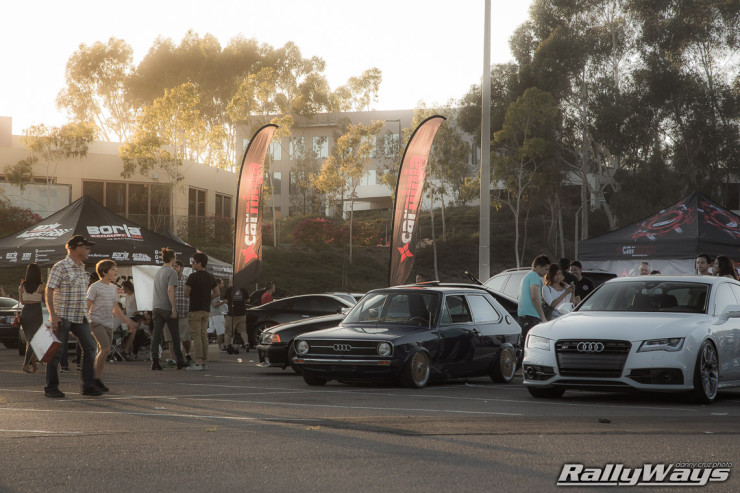 I’m hoping the photos themselves do the talking. SoCal car enthusiasts form a rather tight knit community – Specially those that tend to show up at most of the shows. This meant SCE 2014 was full of familiar faces and good friends – Making an exciting event even better.

Well that’s it. Big SoCal Euro is the perfect way to wrap up a great summer in Southern California. Even after countless car shows since the beginning of the season in late spring, SCE is a show nobody wants to miss – The huge crowd and the vast sponsor support is a testament to that. More proof this is the best European Car Show of the West.