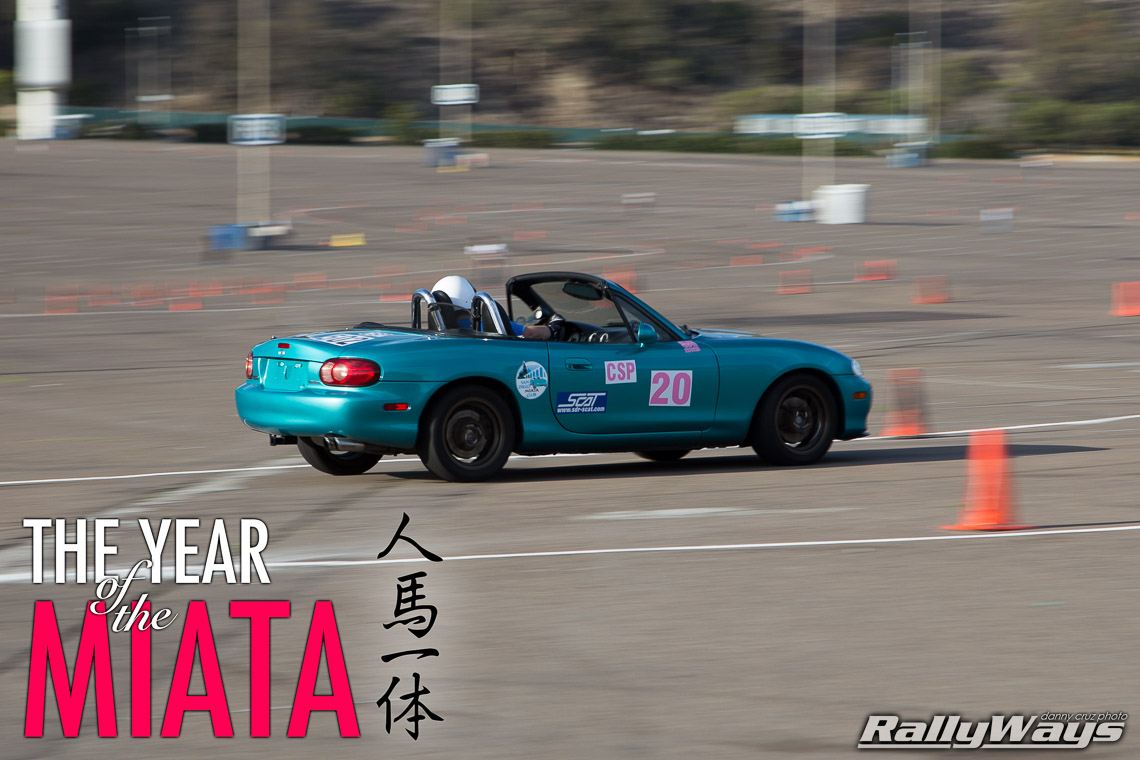 This is it. 2014 is definitely the year of the Miata. Enthusiasts look at the history of the world’s favorite roadster. The tension rises as we await the unveiling of the ND Miata.

Scroll down for the videos

Mazda’s focus in 2013 was to promote the new Mazda 3 and Mazda 6. It’s now evident the scales are tipping towards the Miata. Like with Corvettes, the launch of a new Miata goes hand in hand with nostalgic looks into the history of the little Roadster. Everyone’s chiming in with videos and articles dedicated to the Mazda MX-5 Miata and the legacy it has formed in the last 25 years. Jay Leno, Jalopnik, Drive Network, The Smoking Tire… to list a few of the enthusiasts.

25 years because the first Miata was actually given the model year 1989 – Even though a few were actually produced as early as 1988. The first model year in the USA was 1990.

The trends we are seeing hint that the new ND Miata will be a 2015 model – 2016 if we are wrong. But rumors have it that the car will be unveiled sometime in 2014. In fact, the yearly Miatas at Mazda Raceway Laguna Seca event was moved to September even though it’s usually held in April every year. Miata enthusiasts are expecting something big at the event, likely revolving around the new Miata ND.

If you’ve been yearning more fresh Mazda Miata material since the launch of the NC, you’ve selected the right time to be anxious.

We are bound to start seeing much more Miata material throughout the year. Expect all the major players to get involved as well. The same way the media went nuts over the Scion FRS and Subaru BRZ (GT86), then the new C7 Corvette, the new Mustang and even the little Ford Fiesta ST… The focus will be on the ND Miata. If you’ve been yearning more fresh Mazda Miata material since the launch of the NC, you’ve selected the right time to be anxious.

At the other end of the spectrum, in the heavily modded and race car Miata world, we have Matt Farah from The Smoking Tire and Drive Network, driving two very different hardcore MX-5s.

And finally, back to the roots, here is a video straight from Mazda celebrating the 25 year anniversary of the Miata. The video also hints on the future of the Roadster. And it’s in Japanese…

So there you have it. This is clearly only the beginning of a great couple of years coming up for the world’s favorite roadster.