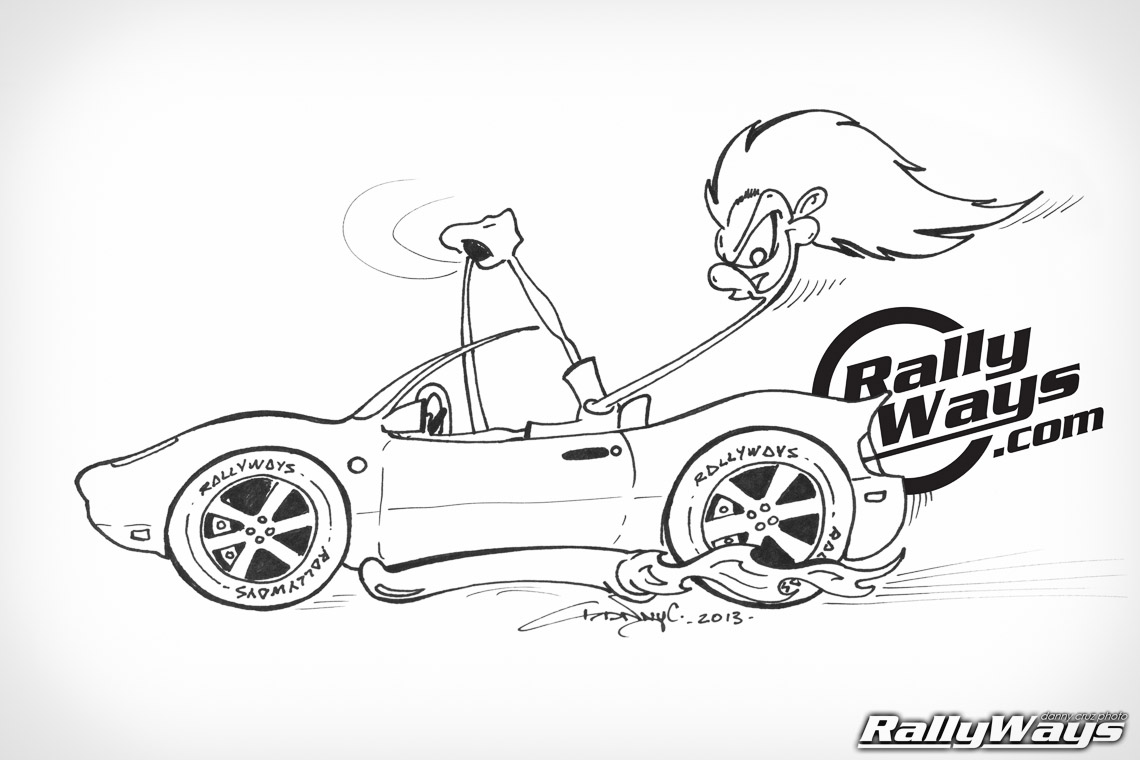 Should I Learn to Drive a Stick Shift Car? Um. Yes. Yes you should. In a perfect world, that would be the end of this article. But because I’m sure you still want some more convincing, let’s carry on.

Now I’m not going to start off telling you how much more fun it is to drive a stick shift car ’cause you probably don’t care. Skydiving is fun. You probably are not going to do that. Swimming with sharks is also fun. You probably don’t want to do that either. So instead of focusing on the entertainment merits of a manual transmission vehicle, let’s look at the more practical reasons why you should learn to drive stick shift. 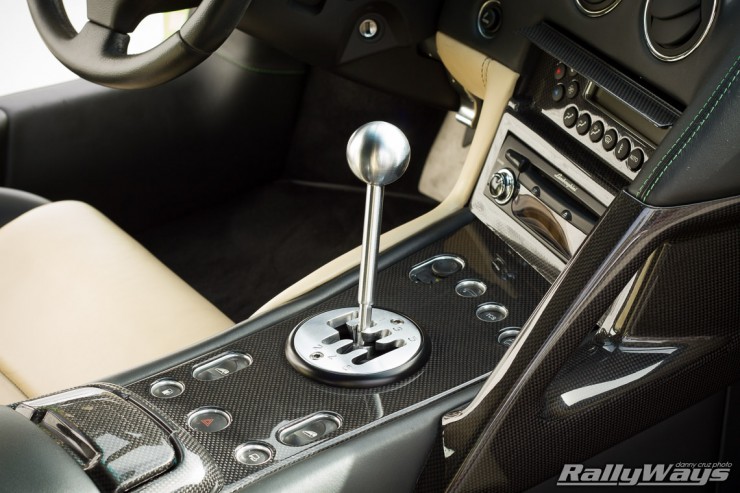 You’ve probably figured out by now that I’m 100% pro-manual-gearbox and that I will go out of my way to buy only stick-shift cars. I will also refuse to buy a car that I might think is awesome, simply because the manufacturer doesn’t make it in manual. So, the excuse “They just don’t make a stick version” doesn’t apply to me. I just won’t buy it.

If I ever were to become a lawmaker en-route to becoming a professional liar, my first order of business before my mind is corrupted by years of working among thieves would be to make it a law to require student drivers to pass a stick-shift driving test before they can get their driver’s license. I’m sure there are countries that require this. Scandinavia anyone?

Driving an automatic is like having sex with your clothes on and your fly open.

If you still want to read my obviously biased opinion, continue below…

Here are the reasons why you should learn to drive stick:

Best Theft Deterrent – Let’s face it, in the US, unless you’re Nicholas Cage, your average car thief can’t drive a stick. A good example is this incident in which some lousy car thieves jump into a Toyota Tercel and after realizing the car had a standard transmission they made the owner drive – Of course they got caught. A rather humorous judge recommends car thieves should learn to drive stick. So there you have it. A stick shift in your car might be more effective than an alarm system, “The Club”, or any of the dozen other car theft deterrent devices.

Makes you a REAL driver – Even if you are not a car enthusiast, you should care about your driving experience. Chances are you drive every single day. Why would you want to simply ignore a key part of becoming a better driver? The excuse “I will never need it. I will always own automatics” is not a good excuse. That’s like saying, “I don’t want insurance. I’m never going to need it.” I can guarantee you that at some point in your life there will come a time when being able to drive a stick will come in handy. More so, it might be an emergency, or a life and death decision to be able to take someone you love to a hospital. Don’t screw this up.

Everything is already too easy – Microwaves, remote controls, cars that park themselves – Life actually becomes harder when you make everything too easy. Why? because it levels the playing field, everyone does the same and competition rises. Wouldn’t you want to actually have some manual control in your life? Yep. When you jump into your car, how about your drive the car instead of the car driving you? Drive stick unless you’re Simon Cowell sitting in the back of a Rolls-Royce Phantom. Trust me, some things are not better automatic. Oh, and about the excuse that you drive a lot in traffic… Aren’t most people already lazy enough that they don’t exercise enough? They don’t walk, they don’t run, they simply take the elevators instead of the stairs. Listen, pressing the clutch in and out in traffic for an hour or two isn’t going to kill you. In fact, it might help you not dose off and run into the car in front. How do I deal with it? Simple. For me, a car should be stick. I’m stuck in traffic and I’m driving a car. What’s an automatic again?

Who cares about unintended acceleration? – Remember all those stories about cars that would accelerate on their own? We still hear about more new incidents every once in a while. Yes, many were concluded to be driver error. I’m sure that’s the bulk of the problem. But, to think that ALL of them were driver error is just ignorance. This computer, phone or pad you’re using to read this article… how many times has it frozen, crashed or done something completely unexpected and weird? Plenty, right? Well guess what, all modern cars are accelerated using software. To think that said software or computer will not ever malfunction and go berserk is just plain stupid. Here’s the punch line however: In a manual transmission car if the car ever unintentionally accelerates you just press the clutch pedal in and effectively PHYSICALLY disconnect the engine from the transmission. What a novel concept.

Battery booster? What’s that? – Remember back when cars could be started by simply pushing them and dumping the clutch? Well, that still works. Mind you, doing that will also dump unburnt fuel into your catalytic converter and eventually ruin it making you fail your next smog check and cost you a couple hundred dollars to replace. But, next time you’re in the desert and run into some dive town diner and are threatened to be raped by a pack of wild donkeys if you don’t leave in a hurry you will happily give your cats away for a butt-saving push start.

The chicks dig it – You’re not going to impress any girls with an automatic unless it’s a Ferrari 458 with flappy paddles. Can you afford a Ferrari? Drive a stick, get the girls. 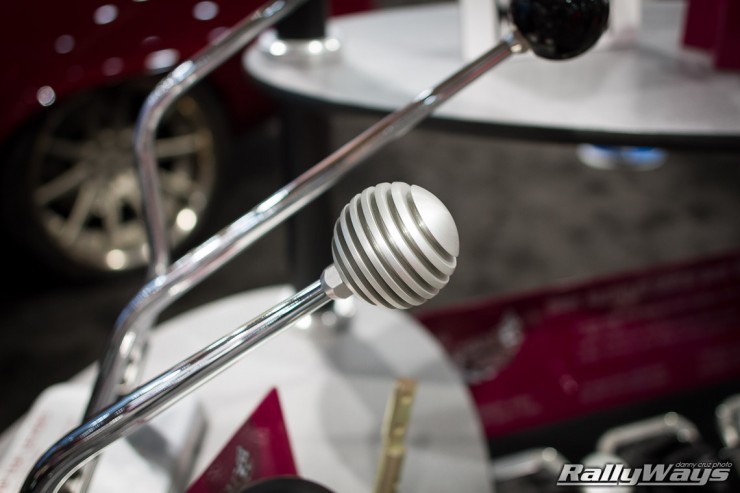 Finally, it’s more fun – I just had to say it. Fine, I gave you all the practical reasons why you should learn to drive a manual transmission car. But the bottom line after all is: IT’S MORE FUN. There is nothing like the feeling of rowing through gears on a mountain road – or any open road really.

A manual gearbox always challenges you to improve your driving skills. Because all cars are different, driving a stick-shift car after another will teach you about each of the cars’ characters intimately. Driving an automatic is like having sex with your clothes on and your fly open. Driving manual, well, it’s the real deal.