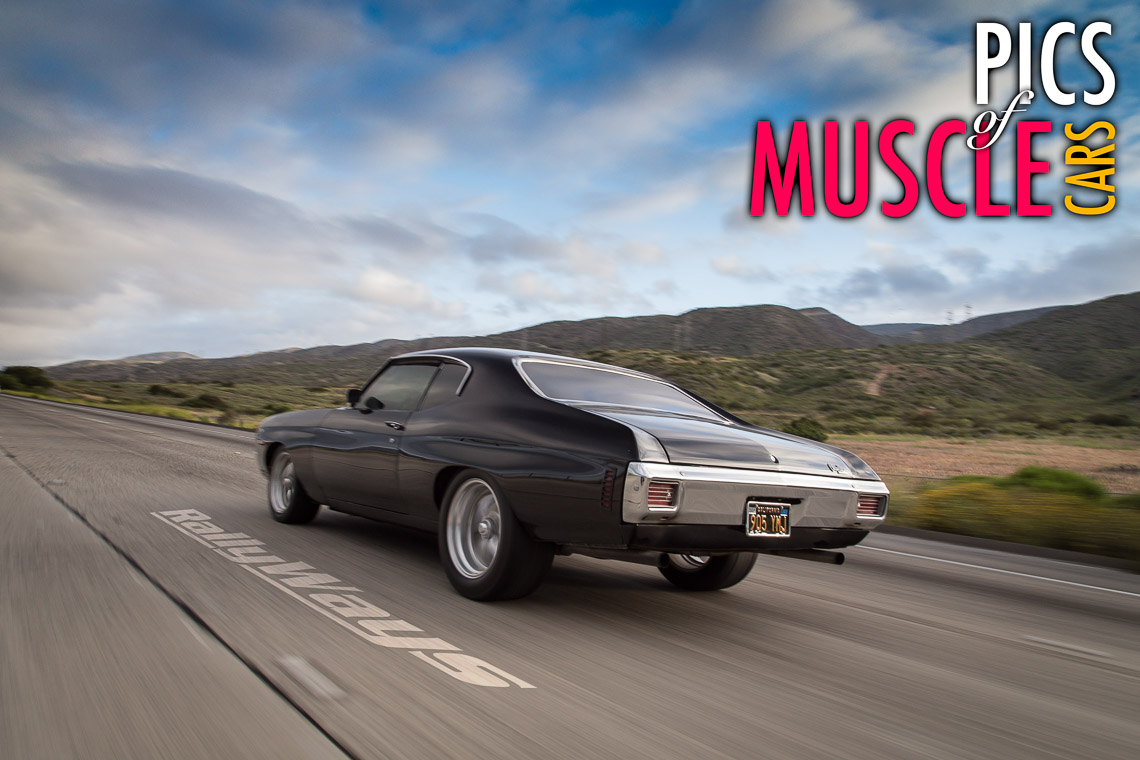 We tend to do a lot of writing here at RallyWays. Sometimes, it’s best to let the photos do the talking. Let’s do that now. Here are some of our favorite pics of muscle cars from a time where accountants weren’t designing cars.

Let’s start with this 1968 Chevrolet Camaro SS we captured on the freeway in Irvine. We had just left Cars & Coffee Irvine and we were on the way to a Porsche meet at a place called Auto Kennel in Orange County. We don’t know the owner, so we hope he didn’t get weirded out by our camera alongside him. 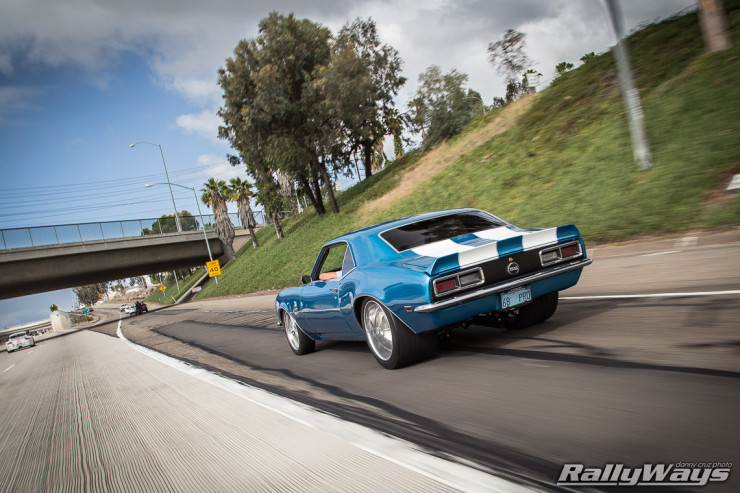 We shared this photo on the RallyWays Google+ page and people went nuts. In fact, here is a link to the live post. Looks like 1968 is a very popular year for Camaro fans.

Then we have this Chevrolet Nova II Coupe. This car is a generation 2 Chevy Nova Super Sport and it’s absolutely gorgeous. It’s way more rare then the more common gen 3 Nova we tend to see at shows. We admit, we had to look it up because we weren’t exactly sure the year. 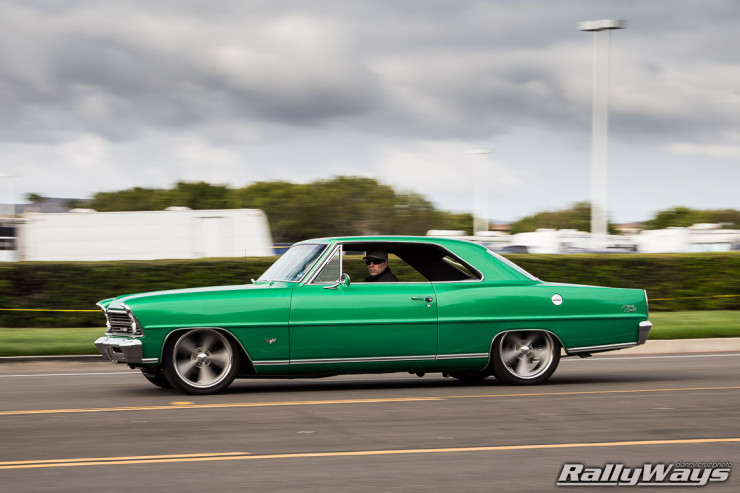 Wikipedia says it’s a Chevy II Nova Sport Coupe, which means it’s either from 1966 or 1967. We’re not about to pinpoint the year because we are not Nova experts, but that should be close enough.

Now, we couldn’t figure out if the following 1966 Lincoln Continental is officially considered a muscle car… but we don’t care. It’s one of our favorite classic car photos, plus it’s a stunning rolling shot to boot. 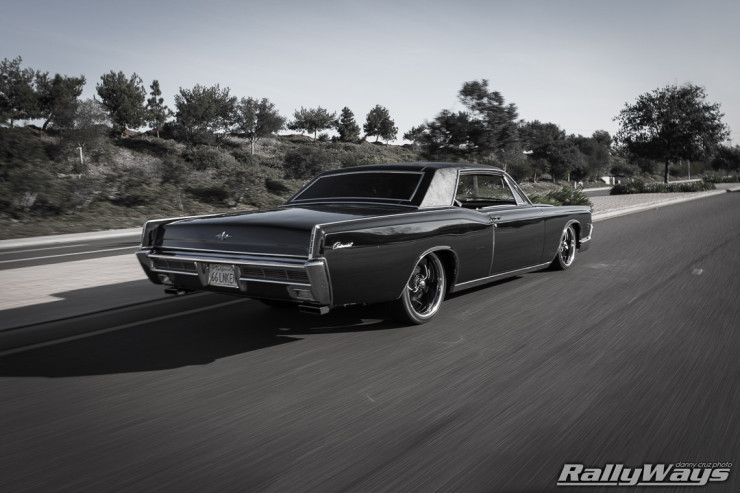 It might be more of a stylish cruiser than a muscle car, but it’s from the same era and it takes a big engine to move this giant beast. Muscle in our book. This car is owned by one of the coolest guys you could ever meet and also a Cbad Cars regular. He even bought a huge 24 x 36 framed print of this photo from our services page.

Then we have Eleanor, the famous Ford Shelby GT500 from the movie Gone in 60 Seconds… 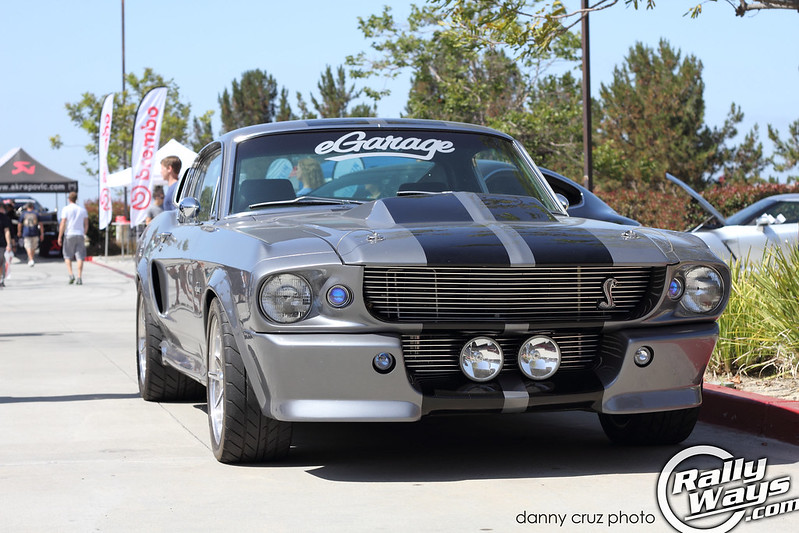 There are many stories as to how many “Eleanors” exist, or were made for the movie, or whatever. Nuances. We photographed her at an HRE Open House.

For Chevy El Camino fans… This is a Chevrolet El Camino Generation 3. 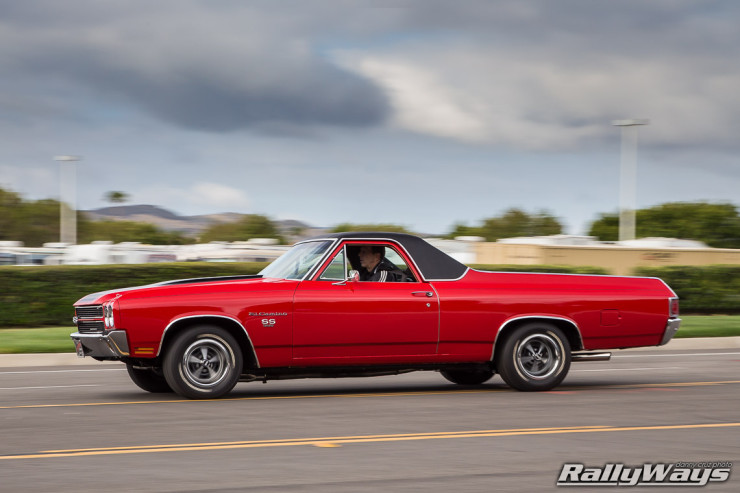 Gen 3 El Caminos were produced between 1968 and 1972. This one rocks a 396 cubic inch V8 making it a Super Sport. Various horsepower versions of the 396 engine were made as options. They range from 265 horsepower all the way up to 375 horsepower. Gen 3 of the Chevy El Camino is arguably the best looking of them all. Not surprisingly, since design seemed to have hit a peak of coolness in the very late 60’s.

Here is professional skateboarder Josh Kalis’ 1968 Chevy Camaro early after the build was put on the road. 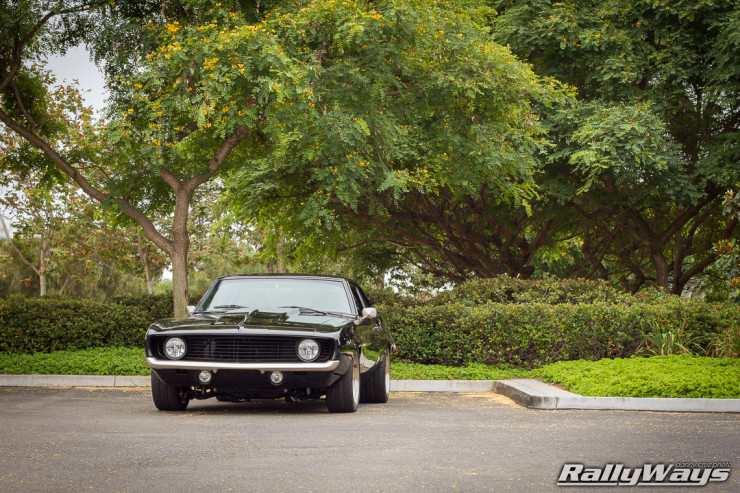 There was much done to this car after the fact, so this is rare glimpse of the car when it was just plain black. Eventually, it got DC Shoes and Speed Society graphics among other mods.

Ok, too many Chevys and Fords. We need Mopar. Here is one of the coolest muscle cars of all time. Plymouth ‘Cuda. 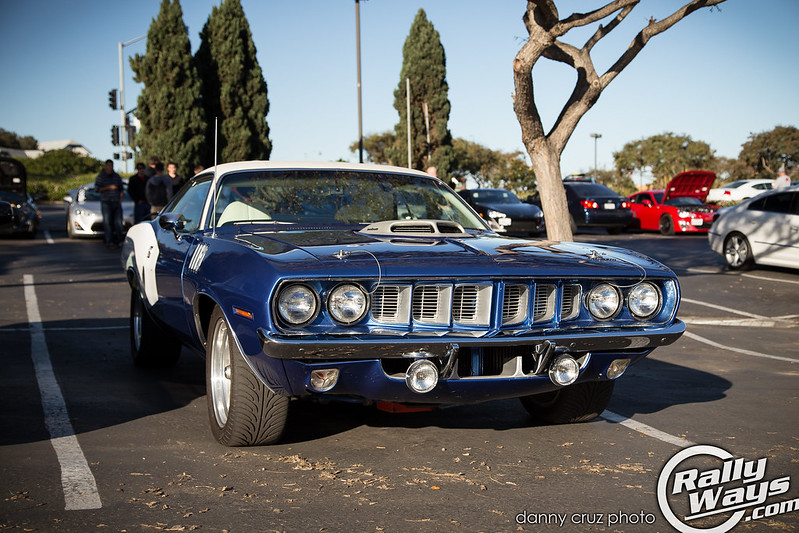 The Plymouth ‘Cuda is one of the priciest of the classic muscle cars. Prices are all over the place of course, depending on rarity and condition. We’ve seen these for sale anywhere from $50,000 to upwards of $195,000!

You can’t have a “pics of muscle cars” post without a Pontiac GTO. Here’s one from 1968 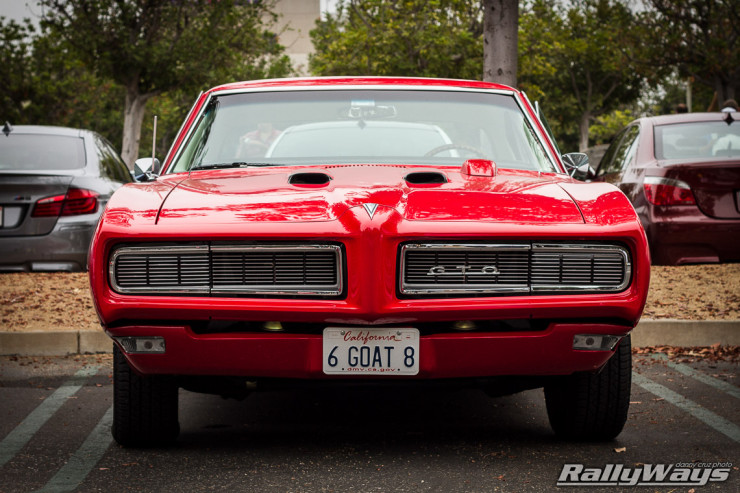 A ’68 Goat. Look at the dual hood vents. This is a GTO trademark. Although GM didn’t quite get that bit right went they reissued the car in the early 2000’s. They knew they screwed that one up so they ended up producing a version of the car with the hood scoops later on. Dealers even had to retro-fit the vented hoods to show floor models in order to move them.

Too much GM here… Let’s go back to Mopar.

From the big and muscular to the truly outrageous. What’s the best definition of outrageous in the muscle car era? Well, that would be a Plymouth Road Runner on steriods, the 1970 Plymouth Superbird. 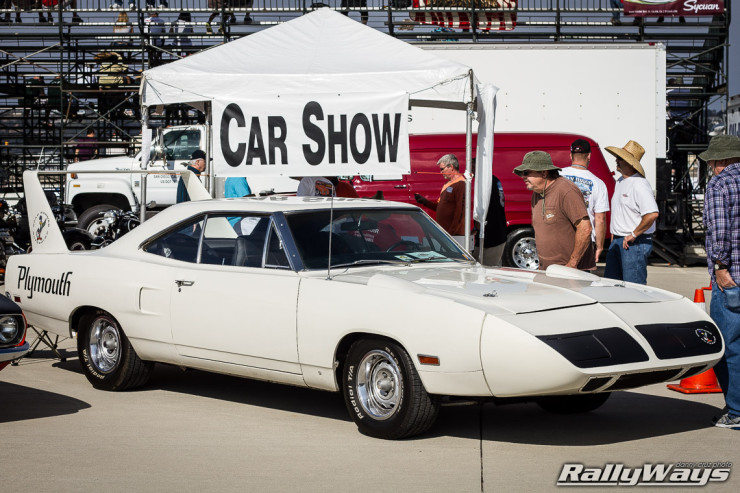 All the kids today think they are all “JDM yo” with their giant wings and what not. Come on son, ‘Merica’s been there, done that. Plus, you thought the ‘Cuda was expensive? Good luck trying to find a Plymouth Superbird for under $150,000!

That’s it! If our “Pics of Muscle Cars” photo collection jump-started your nostalgia, don’t keep it all to yourself. Share this post on your favorite social media sites or link to it from your website or blog.