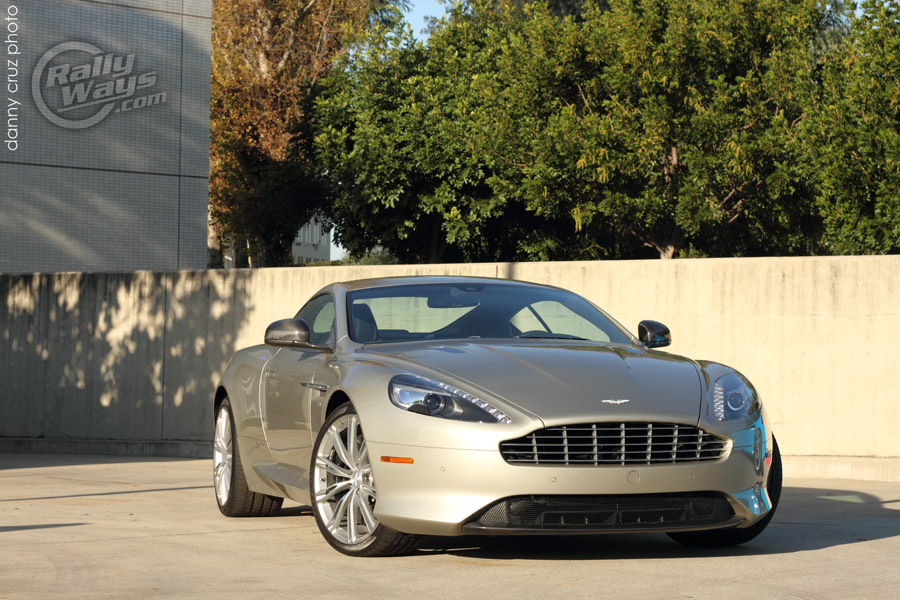 In starting the RallyWays Quickblog section I decided it would be a great idea to test it out sharing a photo I really like. It’s a photo of an Aston Martin DB9 from Cars and Coffee Irvine.

This was on December 22, 2012, the last Cars and Coffee before Christmas. I was getting ready to leave and whoever was taking up the hallowed space in front of the Mazda building’s container dock have left – it was a Ferrari 458 what was sitting there earlier if I’m not mistaken. Anyway, the Ferrari having left, this beautiful DB9 was put in it’s place. Most everyone had left so it was easy to get a couple of clean shots of the car.

Back at home, I was reviewing and processing all the photos and this one really stood out to me. I love the lighting, which is already starting to get pretty strong but not enough to ruin the shot. I also like the combination of concrete, grid wall in the back and the foliage at the top. Even the color of the car looks very organic and fitting with the background. Overall, it’s a very pleasant shot to look at, not to mention the Aston DB9 is one of the most beautiful cars ever made. I like the photo so much, it made the cover of the brand new RallyWays website.