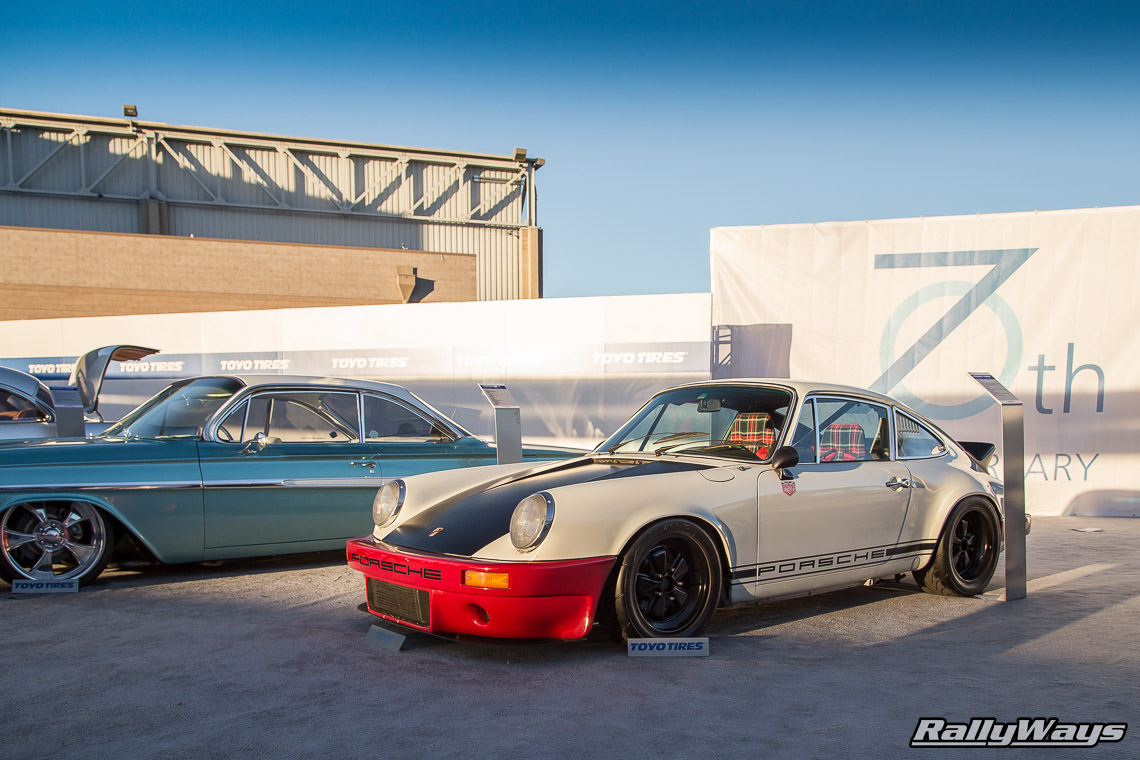 Apparently, I managed to piss off Jay Leno. Or so I think. And, as you can probably gather, being in the car industry, you don’t want to piss off the biggest car enthusiast the world has ever seen.

I love Porsches. Yep, air-cooled 911’s mostly, but the new ones too. Like a true Porsche fan, I troll YouTube in search of the best 911 videos. I didn’t have to search very far the other day when I loaded the RallyWays YouTube channel to do a little maintenance. Right there, in the news feed, was a new video by Jay Leno for his show “Jay Leno’s Garage.” It had an old Porsche 911 track car in it. I immediately clicked play.

The video features a Porsche 911T owned by a dude called Magnus Walker. The guy happens to be a true air-cooled 911 fanatic that restores many of those old cars for himself and clients. Flawless work by the way. The 15-minute video revealed a very experienced Walker talking about his cars and the featured 911T in particular. It also showed one of the cleanest and most organized shops I’ve ever seen full of an unreal collection of old 911’s. But more importantly, it showed how Jay’s show has evolved. In the YouTube realm, a 15-minute video is a long video. Usually, too long. Nonetheless, I gobbled the entire thing like if I were watching a full hour of Top Gear. Which brings me to what I was talking about earlier…. Pissing off Jay Leno.

After watching the video I realized how well Jay’s experience in front of the camera and his true love of cars mesh together. So many car video and TV show hosts are just, well, lame. Jay’s experience in front of the TV camera really shows. It makes for a very enjoyable program. The guy’s not too flashy, but not boring either. And it suddenly occurred to me… Jay Leno could very well become the American Jeremy Clarkson. So, I proceeded to write that in the comments section of the video.

I know, I know. Many car guys hate Mr. Clarkson. I think he is a genius. I tend to imagine he likes to gather both good and bad press. After all, bad press is still press. Apparently, I rang a chord with many other car guys because my comment got voted up over 45 times within a couple of hours. It also generated a bunch of replies – some agreeing, some not.

The point of the matter is, I don’t think Jay Leno really liked me comparing him to Jeremy Clarkson. This, even though I meant it as a compliment. Why do I say this? My comment was taken down.

I know what you are thinking. You’re thinking it wasn’t Jay himself that flagged the comment. But here’s why I think it was…

First of all, you’re probably right in thinking that Mr. Leno has two thousand minions at his disposal to flag video comments that might seem demeaning. But in this case… I believe it’s very different. See, Jay Leno is a true car lover. He’s doing this show because he wants to, not because he has to. It’s his baby. Given that this particular video is one of the very best I have watched so far from “Jay Leno’s Garage”, I’m 100% sure he is learning from it and watching the results of it VERY CLOSELY. Compliment on my part or not, I think he probably didn’t like it very much that I compared him to Jeremy Clarkson and thus had the comment removed leaving in its place an ugly “author withheld” note from YouTube. Ironically however, one of the top comments that remained unscathed read something really stupid like, “I’ll bet that guy has the best pot you can buy.” Oh well.

So, Mr. Leno, if you are reading this. That, sir, was meant as a compliment. There.

This, ladies and gentlemen and fellow RallyWays readers is the very first monthly editor’s column. Just like in your favorite car magazine, at the very beginning, stuck between an ad and the table of contents. Expect one of these every month.

I know, it’s mid November. But I just had the idea and was too excited so I had to put it in place right away. I welcome you to enjoy the exciting content that we’ve already posted this month… Things like the photos from Vettes for Veterans all Corvette car show in Carlsbad and the huge and exclusively story from the Del Mar Concours d’Elegance. A story which features more than 50 amazing photos. Plus, we’ve got a new writer on board, Ari Mouratides. His column on track tips and Subarus will begin next week. See you in December! -Danny Cruz

PS. I just realized I can’t leave you hanging without the video I’ve been talking about, so here it is: