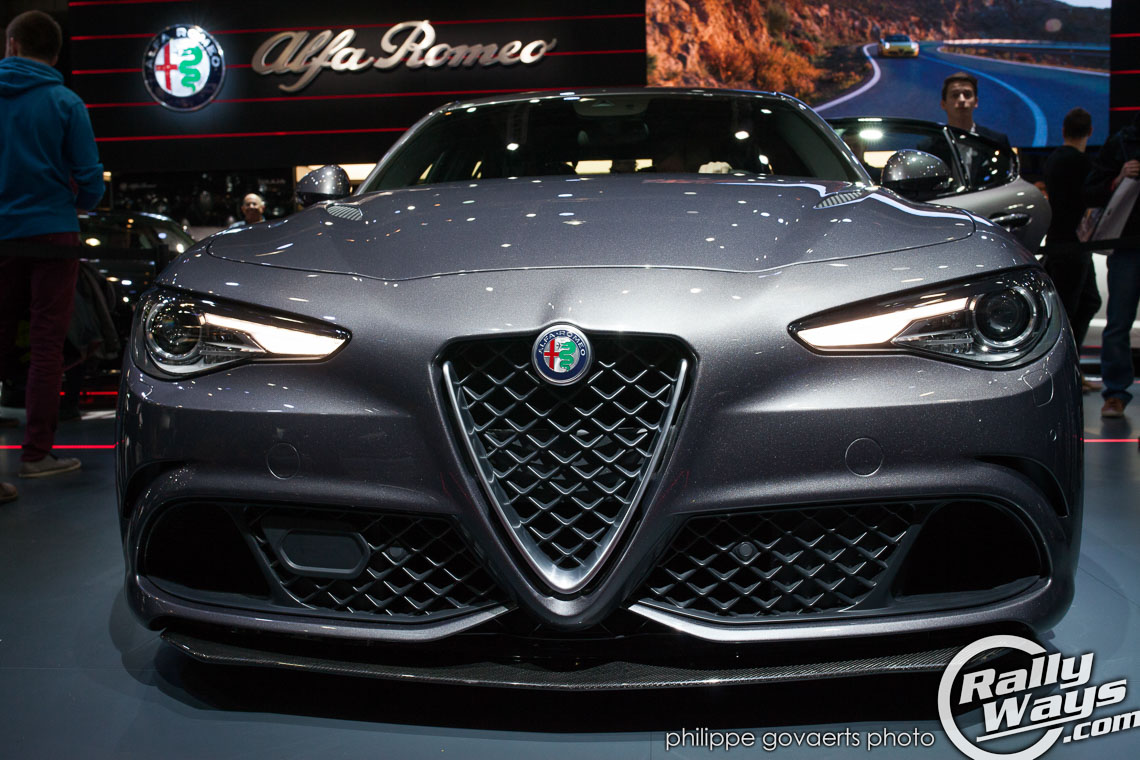 The past few years have been dull for Alfa Romeo. The few models they had in their line-up didn’t really live up and weren’t popular at all with the general public, but the release of the new Giulia sport saloon might be the start of a new era for Alfa Romeo.

We went to take a look at the Giulia on the annual Brussels Motor show in Belgium. So far, the car has only been presented in Quadrifoglio Verde (cloverleaf) guise, which is the performance version of the car. Just like BMW’s performance cars are wearing the “M” badge, Alfa Romeo’s performance department and cars are using the cloverleaf badge. The regular versions of the Giulia have not yet been presented or released, but Alfa says we’ll hear more about that later this year. Of course for us, the QV version would be the one we are the most interested in anyway. 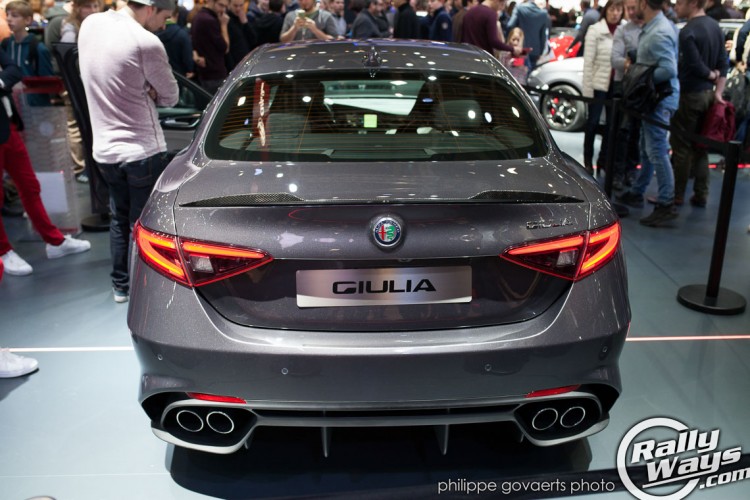 At first, while scanning Alfa Romeo’s booth at the show, the Giulia was nowhere to be found. I told my wife to look for a car in darker red metallic paint, because that’s the most common color we have seen this car in, on the internet. Seconds later, we discovered that it was actually there, but Alfa brought a dark grey example and there were so many people packed around the car’s front end, that you just couldn’t see the car through the crowd. 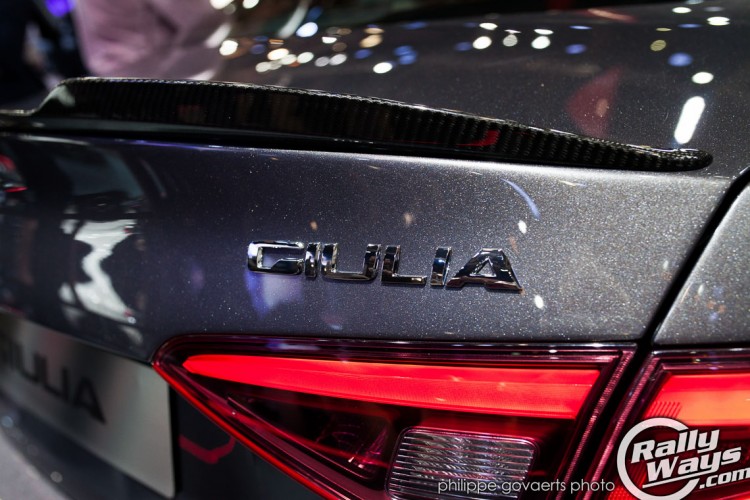 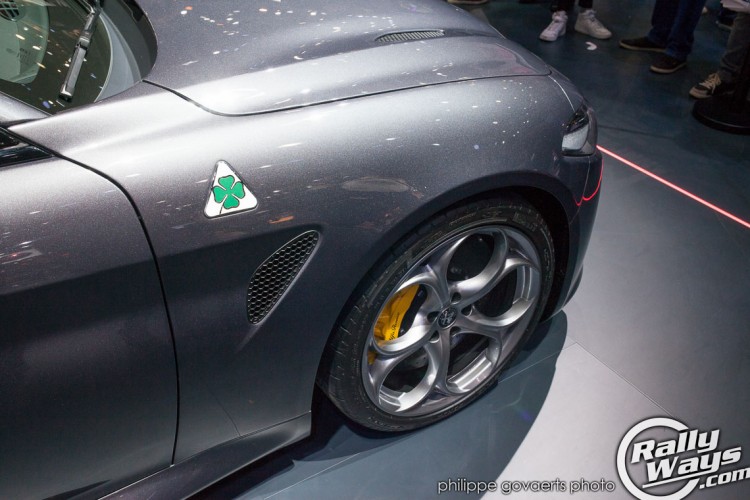 Eventually it got calmer and we took our time to take some shots of the car. In pictures, I think most of us can agree that it really looks good. But while standing next to it in real life, it looks like a work of art.

The car’s looks are great, but the features are impressive as well. It has a front engine, rear-wheel drive setup just like the Alfa 75 from 20 years ago. It also has a 3.0-liter turbocharged V6 power plant that produces 503 horsepower. A cool side note is that this is a Ferrari derived engine. To mention some more figures, the car does a 0-60mph sprint of 3.9sec and lapped the Nürburgring Nordschleife in 7:39min. 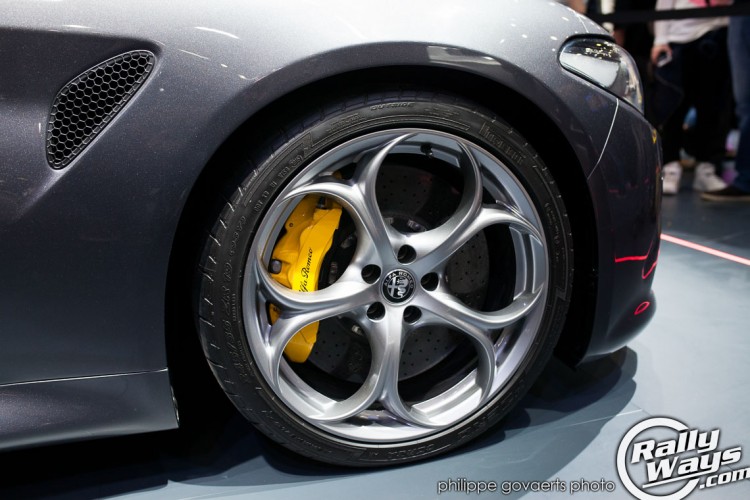 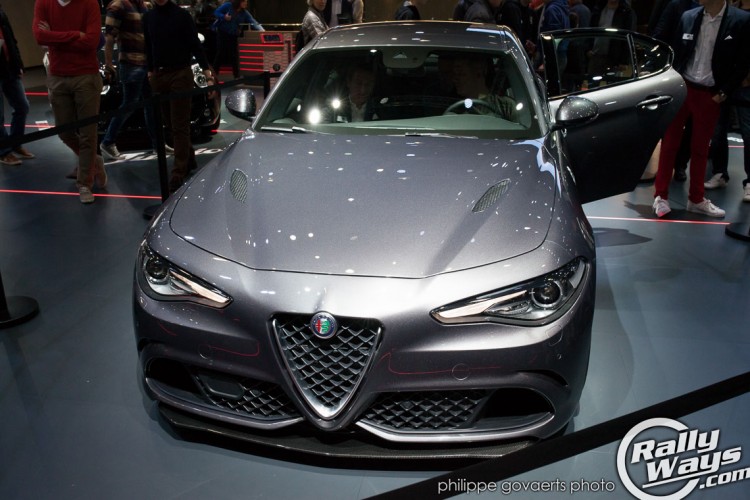 Other features on the car are a 6-speed manual gearbox, a 50/50 weight distribution and the use of lightweight materials like aluminum (doors), carbon fiber (bonnet) and carbon fiber composites throughout the car. Also, customers that would want to reduce the unsprung weight, can choose for the optional carbon-ceramic brakes. With this option, the brakes lose 50% of the weight compared to the standard ones.

Read about the importance of unsprung weight reduction from lightweight wheels 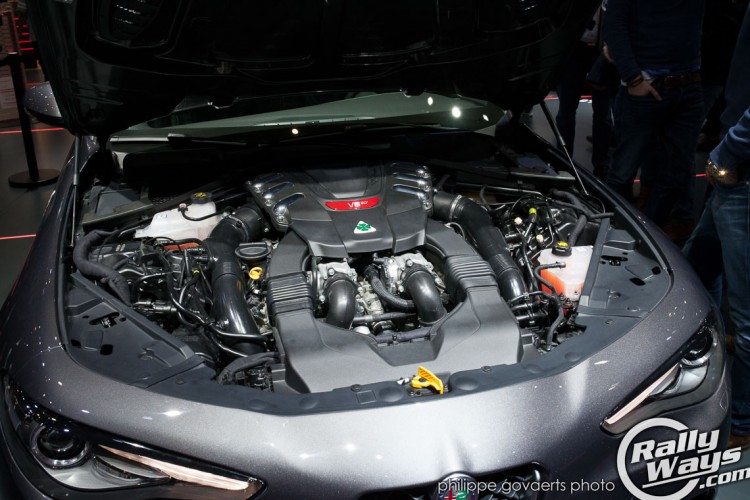 The car’s direct rivals in Europe will be BMW’s M3, Mercedes’ C 63 AMG S and Audi’s RS4. In the US, the Cadillac ATS-V can be added to the rivals list. All of them fine examples of super sport saloons. This Giulia QV might be the M3 killer Alfa Romeo is hoping for, but of course especially in the US, Alfa Romeo’s market share is tiny and they have a lot to prove, compared to its competitors. Let’s hope this car can live up to its promise and bring us a new breeze of Italian sweetness to the road.